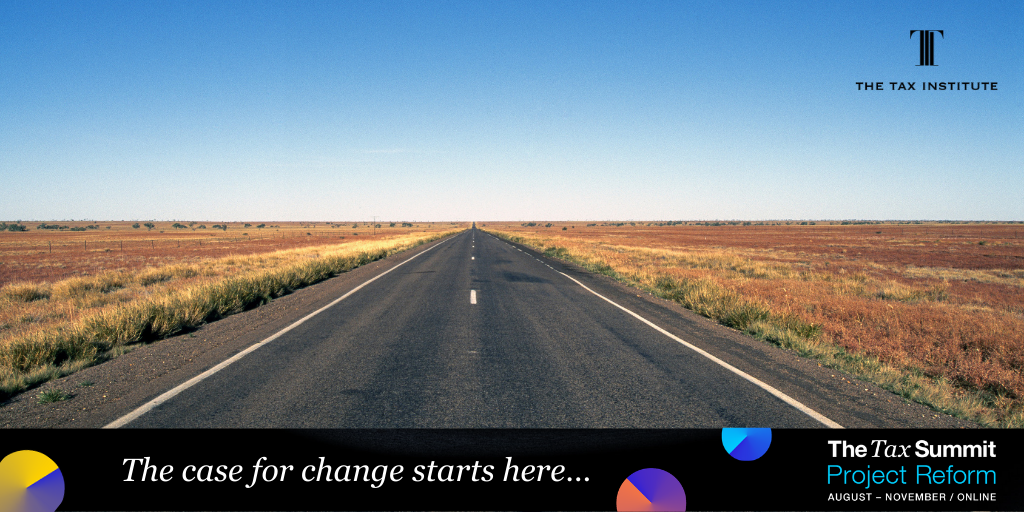 With The Tax Summit: Project Reform well underway, The Tax Institute is leading the charge towards meaningful tax reform. We have passed the half way mark in our build up program to the Virtual Summit next month. 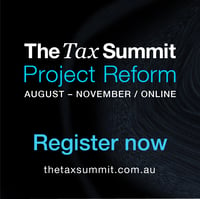 Through the series of focus sessions and keynote addresses, we have been engaging in thought-provoking debates and gathering ideas from our members to advocate for a positive case for change to reform Australia’s tax system. These events have been the forums for contemporary tax reform debate from economic, democratic and social perspectives.

From the inception of Project Reform, we have taken the view that nothing is off the table. The Tax Institute encourages diversity of opinion, healthy debate and continuous high calibre discussions for the remainder of the program and the journey towards tax reform.

Here is a roundup of the journey towards tax reform so far.

In the first keynote address of the program, Chris Richardson, Director of Deloitte Access Economics, argued for shifting the tax burden towards taxes that don’t hurt the economy, such as municipal rates and land tax, rather than those that do, for example, stamp duty and company income tax.

Genuine tax reform requires substantial expert consultation and courageous political leadership. To paraphrase the Hon. Peter Costello AC, who served as the Federal Treasurer from 1996 to 2007, in his keynote address, tax reform is not for the fainthearted.

Previous successful tax reforms have been presented as a package of measures where taxpayers could point to instances of gains and losses but overall, the package was regarded as beneficial for the system as a whole. Danielle Wood, CEO of the Grattan Institute, in her keynote address, discussed how this is especially the case when the objective of the package is revenue-based sustainability and protection.

In our most recent keynote address, Rosheen Garnon, CTA, Chair of the Board of Taxation, spoke about black letter laws, the need to reduce red tape to make it easier for Australian business to operate in a global environment, and working with the ATO to create solutions for tax practitioners.

Pervasive issues such as those stemming from the current imputation system were considered during Focus Session 2. Panellists John Ioannou, CTA, Deloitte Private, Mark Molesworth, CTA, BDO and Andrew Noolan, CTA, Brown Wright Stein Lawyers examined concerns about refundable excess franking credits and the associated benefits provided to SMSFs (in pension phase), as well as the confusing interaction with the base rate entity rules whereby a corporate tax entity’s tax rate can vary from year to year, as can its franking rate.

During Focus Session 3, panellists Michelle de Niese, Corporate Tax Association, Paul Abbey, PwC, and our Director of Tax Policy and Technical, Andrew Mills, CTA (Life), called for a tax mix switch away from income and corporate taxes and towards greater reliance on consumption taxes. A shift towards consumption taxes will undoubtedly fuel deeper and divisive discussion during Focus Session 8 – GST and Indirect Taxation.

When sharing their views on the optimal and most impactful option for reform, presenters Leanne Connor, CTA, WGC Business Advisors and Linda Tapiolas, CTA, Cooper Grace Ward Lawyers in Focus Session 4 suggested a range of options for the simplification and consolidation of the small business CGT concessions.

Missed these sessions? All tickets to The Tax Summit: Project Reform include access to on-demand recordings of all past keynote and focus sessions. These are available to download and rewatch via your delegate portal, or buy a ticket today.

The Tax Institute is steadfast in our resolve to achieve meaningful, holistic tax reform. We are in it for the long haul and we are not fainthearted. Join us for the journey and be part of the movement.