Experts debate: Is complexity in our tax system a necessary evil? 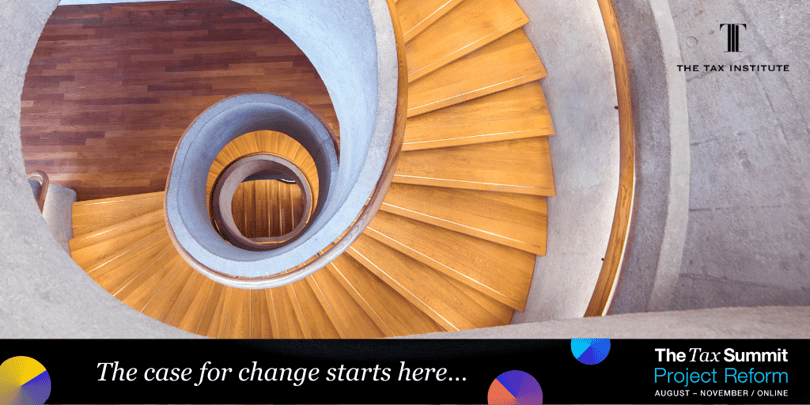 Discussion is heating up at The Tax Summit: Project Reform, with last weeks Focus session examining Business Taxation: Global and Transnational Businesses, kicking off with a riveting discussion of complexity in our tax system. Is it necessary? Is it fixable? And perhaps most importantly, is it actually a priority for tax reform?

We’ve captured some of the key points made around the topic of complexity in this recap.

There’s more where this came from. Register for a Full Access Virtual Pass to The Tax Summit: Project Reform, to watch all past sessions from the event lineup and dive into upcoming Focus sessions and Keynotes.

The expectation of certainty in our system

“We all expect a lot in terms of certainty, from our tax system,” Michelle began.

“The ATO wants to be certain that the law is sufficiently robust to ensure there’s no leakage, that has a lot of pressure on income taxes, Government wants to ensure the same and taxpayers, who are not always of the view that the ATO is going to come to a reasonable position, they want to see their position reflected in the law as well. So we’re all sort of madly circling each other to ensure we get the outcome we think is right and as a result we end up with these indecipherable aspects of our system.”

“In reflecting on that for this session, I thought what we have in Australia is impulsiveness and inattentiveness. We don’t have a focus on care and maintenance of the system – that creates complexity,” she said. Is complexity necessary to enable facility?

Paul however, said that complexity may not be the first priority when it comes to tackling tax reform.

“Complexity, of itself is not a bad thing, because the counterpoint to complexity is that you have facility,” he said.

“We’ve got a very complex economy, and there’s a range of activities which occur in that economy and we’ve got a tax system that creates facility so that it deals with all of those parts of the economy in response to the particular issues that they have. … If you deny complexity absolutely, you lose facility.”

Paul added that, when approaching tax reform, the first step is to determine your goal and suggested that dealing with complexity is at the low end of the priority list.

“So when we come to considering reform, I would not put weight on complexity. … Focus on things we really need to get.”

Andrew, who has been a major advocate of simplicity as a key part of tax reform here at The Tax Institute, reminded the session that many leading voices, going as far back as economist Adam Smith, have argued that a good system must have an element of simplicity.

“What you want in terms of facility is the ability or the flexibility to be able to deal with different industries and things like that. And I don’t necessarily disagree with that. What I do disagree with is the way in which we then execute concepts,” Andrew said.

He explained that Australia approaches a number of tax regimes in an unnecessarily complex way and questioned why the concepts they are based upon, themselves relatively simple, can’t be translated in a relatively simple way.

He argued that you can “have measures within a system that deal with the complexity of the economy and provide the facility that you’re talking about, but they don’t have to be translated in the complex way that we’ve done so.”

“It’s good that you say that, because I completely disagree,” Paul responded.

Back to the drawing board

One thing all three could agree on, was that the process through which we design tax systems is “suboptimal.”

“I probably sit between the two of you, I think, because from my experience, in getting involved in policy and then holding this very ugly, complex baby by the end of it ... we don’t have a very robust process around policy design in Australia, and I think when the policy is unclear or complex from the outset, there’s no way on God’s green earth you’re going to end up with … meaningful legislation,” Michelle said.

“Complexity is inherent in what we do, I think, but when you’re in a room with 6 experts and it takes you an hour to understand a provision, you know you’re in trouble. And we accept that far too readily, in Australia.”

This was just a snapshot of some of the ideas discussed in the session. To listen to all the insights raised, register for a Full Access Virtual Ticket to The Tax Summit: Project Reform, for access to all sessions, past and present.

Head to our member forum, Community, to give your opinion on the topics raised by our speakers. Is complexity necessary to enable facility? Let us know what you think.