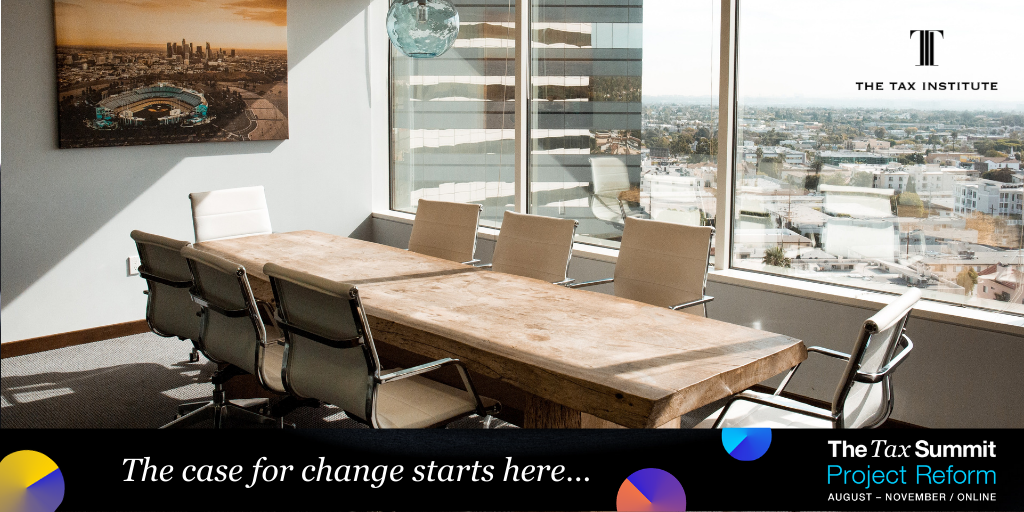 During the session, our speakers and Robyn looked at the taxation of business income and entity structuring issues relevant to SMEs, with a particular focus on complexities within our current tax system, and possible reform pathways for these issues. Topics covered in this wide-ranging and informative discussion included:

We’re sharing a selection of the highlights from the session here. To watch the full webinar and engage with the reform ideas John, Mark, Andrew and Robyn put forward, register for a Full Access Virtual Pass to The Tax Summit: Project Reform. Your pass includes access to all future sessions and the recordings of past sessions.

Over the past three decades, the corporate tax rate has continued to be lowered from its peak of 49% in the mid-1980s – but have we landed at the correct level? Is the corporate tax rate still too high? Our speakers were broadly in agreement that an alignment between corporate and individual tax rates would simplify the system – but getting there is not so simple.

“This disparity really drives a lot of the ugly bits of the tax law that we don’t like dealing with. And so, if it were possible to bring these closer together at least the income tax law would be simpler,” Mark said.

“You then have the question of, well where does the Government get its revenue from and does it get it from taxes on consumption so we’re essentially going back to those individuals to fill the gap in the tax take, which occurs when you drop the individual tax rates.”

A higher GST rate was one solution mentioned, but there is more discussion to be had on this topic.

John was of the opinion that aligning the tax rates between corporates, trusts and individuals would have the biggest impact in terms of reforming our tax system.

“That in itself would force a re-think of so many other things,” he said. In a discussion around how the taxation of trusts could be simplified and made more efficient, the experts considered the interaction between section 99A and Division 7A. When Robyn posed the big picture question of whether we would have any corporate beneficiaries if not for the high rate in section 99A, John’s answer was clear: No.

“But again, we have a provision that was introduced to target specific issue and behaviour. The law relating to companies has since changed and [section] 99A is a relic, which absolutely needs to change.”

Ultimately, Andrew pinpointed simplifying the taxation of trusts as the reform measure packing the biggest punch.

“Simplifying the taxation of trusts: just distribute the money on the tax return and deal with it. It would save a lot of small enterprises, their accountants, their lawyers, a lot of time,” he said.

Taxing type of income or type of entity?

One thread that carried through a number of the topics was the idea of applying a tax rate based on the type of income, rather than looking at the type of entity deriving the income, whether company, trust or individual.

“From my point of view, taxing the type of income, not the type of entity would be the biggest game changer.”

This was just a snapshot of some of the ideas discussed in the session. To listen to all the insights raised, register for a Full Access Virtual Ticket to The Tax Summit: Project Reform, for access to all sessions, past and present.

Head to our member forum, Community, to continue the discussion around our speakers' insights and SME and Family Business taxation.