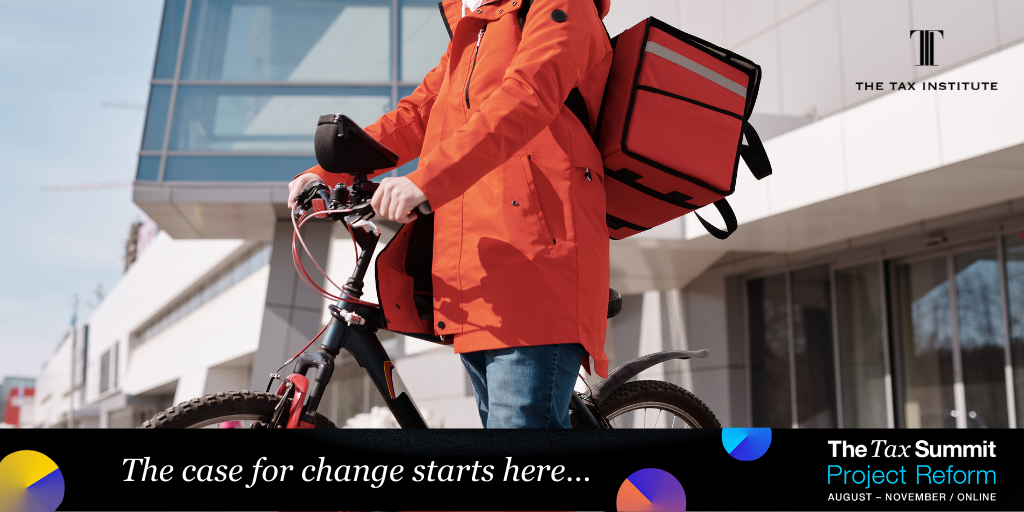 At The Tax Summit: Project Reform Virtual Summit held recently, the tax profession came together to discuss some of the most pressing issues facing our tax system today and how we should prioritise reform to address them.

On Day 2, we heard from experts Anne Collins, Glencore, Geoff Mann, CTA, Ashurst, Nathan Deveson, CTA, Minter Ellison and Chris Sievers, Victorian Bar about the how State and Federal taxes interact, and the complexities these two systems can create in Session 7.2: The interplay of state and federal indirect taxes.

Here are some of the key insights drawn out from the session.

Facilitator Anne Collins, Manager - Indirect Tax at Glencore, asked panellists about the harmonisation and simplification of State taxes, both from a statutory and administrative perspective, kicking off a conversation that uncovered many intricacies in the tax system and potential avenues for reform.

Panellist Chris Sievers Barrister, Victorian Bar said that the big problem with dealing with State-based taxes, particularly in regards to payroll tax for national employers, is that “often you'll have different pieces of legislation, and even where the legislation is harmonized you'll have different administrative practices by different commissioners, and it becomes very difficult to properly advise clients and for clients to comply with their obligations when they don't really know what the rules are. Payroll tax is a very good example.”

He suggested that a more cohesive, national approach to these taxes would ease the administrative burden and be more effective, saying, “It is something which I think can be very much resolved by just having a national regime, national legislation, national public rulings and a consistent national administrative approach. I think we would all be better off.”

Fellow panellist Geoff Mann, CTA, Partner at Ashurst agreed, suggesting that when in 1971 the  Commonwealth handed payroll tax over to the States and territories to administer, it didn’t anticipate the problems and complexities arising from splitting what had once been administered by a single regime up amongst eight.

“Even though we've been through a further process of harmonisation in the early 2007 period, that still hasn't resulted in harmonisation. We still have significant differences between jurisdictions in both the legislation but also, as you say, even when the legislation is the same,” he said.

Defining an ‘employee’ in the age of gig work

The panel went on to discuss the growing complexity on the concept of an ‘employee’, a topic that arose multiple times throughout the Virtual Summit event.

As the concept of work and employment evolves, including a growing gig economy, our ideas around how we generate income and how that income is taxed must also evolve.

“Many services are excluded from the GST net. Health, education.... So, let the States move into the services space, get away from the employee contract distinctions, and just have it as a services tax. That's one possibility.”

Moving away from just payroll taxes and into other inefficient taxes that could be simplified and consolidated in our system, Geoff identified what he deemed ‘nuisance nominal duties’.

“So, if you've got an issue with people consuming alcohol, tax alcohol consumption. Just do it in a single tax. That's what we've got excise for on alcohol. If you've got an issue with carbon fuels, tax them. Don't muck around with charging for driving electric vehicles. If the issue is really road user charges, then move towards direct road user charges and have those taxed appropriately as well as taxing the fuel if you want to do that. It costs to build roads. If you want to drive an electric vehicle on the road, you're probably wearing the road out at the same rate as a petrol vehicle, so charge for it.” Let us know in the comments what nuisance taxes you would like to see simplified as part of a tax reform agenda!

Want the full insights from The Tax Summit: Project Reform? Keep an eye out for On Demand recording bundles coming soon!