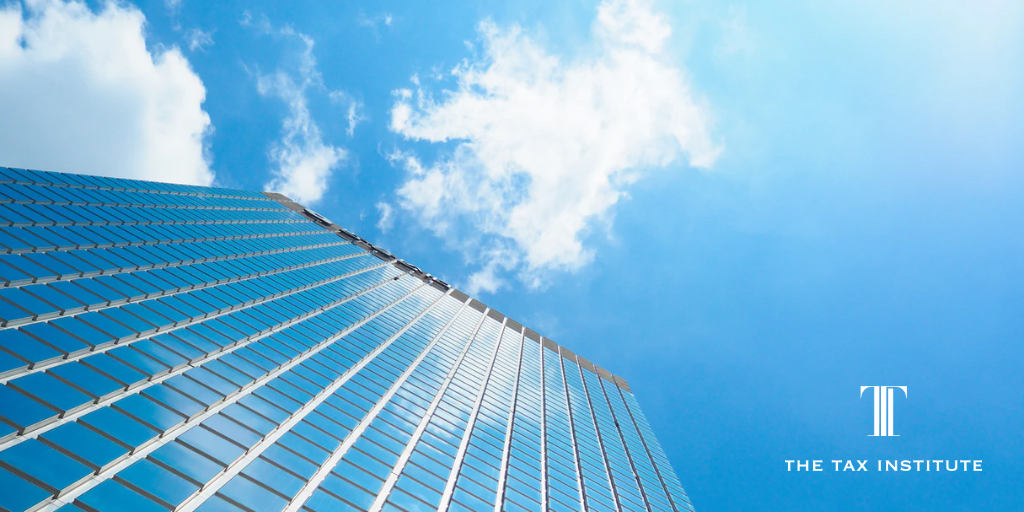 In this week’s TaxVine newsletter preamble, I outlined the main points arising in The Tax Institute’s Federal Budget 2021–22 submission, which our Tax and Policy Advocacy team has put considerable thought and effort into over the past few weeks. This is an abridged version of that preamble.

Building on submissions made by The Tax Institute for prior Federal Budgets and key points of interest raised by members throughout The Tax Summit: Project Reform event series conducted in the second half of 2020, The Tax Institute has responded to the call by the government on 27 November 2020 for submissions from interested groups.

The need for comprehensive reform

First and foremost, we continue to call on the Federal Government to engage in a comprehensive tax reform process and to take a holistic approach in reviewing the Australian tax system. Many aspects of our tax system are failing on all measures of good tax design: they are inefficient, ineffective, and inequitable.

There is a tendency with Federal Budget processes to focus on the short-term, yet real tax reform is not achieved by tinkering at the edges or picking the low-hanging fruit. It takes a longer-term vision, strength, and courage to achieve real tax reform. In the upcoming Federal Budget, the Government must recognise that it is possible to fundamentally reform a tax system while at the same time support the economy through its post-COVID-19 recovery. This cannot be overlooked or forgotten.

In our submission, we reiterated prior submissions that there should be a fully transparent personal marginal tax rate system, which simplifies the system and allows individual taxpayers to clearly identify their relevant marginal tax bracket and tax rate.

In light of the impact that the COVID-19 pandemic has had on all Australians, we see merit in conducting a holistic review to determine whether all current levies and tax offsets should be varied, retained or removed, and whether the marginal tax rates should be further adjusted to allow for much-needed financial relief.

From an economic reform and social policy perspective, Australia should re-think the current design of the tax system to ensure equality and efficiency. The effective marginal tax rate for secondary income earners is calculated on personal income tax, childcare costs and loss of family tax benefits. This design flaw penalises the secondary income earner (typically female workers) which deters and disincentivises workforce participation. It is our view that these disincentives should be removed to widen the tax base, improve productivity and economic efficiency, provide fiscal sustainability, and promote gender equality.

In dealing with personal tax, attention must also be given to FBT. Accounting for less than 1% of Australia’s total annual revenue collections, FBT imposes a significantly disproportionate cost of compliance on employers. During our The Tax Summit: Project Reform event series, we heard anecdotal reports of some businesses paying the same amount for their FBT compliance as they do for their income tax compliance.

It remains our view that FBT should be abolished and re-designed with simpler valuation rules which provide definitions or categories to account for non-cash payments. The valuation rules could be incorporated into the income tax law for individual employees (subjecting the benefits to PAYG withholding), rather than continuing to impose FBT on employers at what often represents a penal rate of tax.

Based on figures derived from a 2017 report by The Association of Superannuation Funds in Australia, the average superannuation balance of a woman at retirement is estimated to be around only $157,050. This is just over half that of a man who, on average, has a balance of around $270,710.

The gap is driven by a number of factors which include, in particular:

The problem is most acute for single women who are far behind the superannuation required for a decent retirement and, worst still, for those single women who are currently in their early 50s with no realistic prospect of improving their superannuation balance in the near term. For many of these women, the prospect in the near future for a reasonable retirement is bleak.

To add insult to injury, the age at which such women will be able to access the age pension has been increasing from around 65 to 67 years of age. The consequence is that a woman now aged 60 without work will need to rely on the Newstart Allowance until she reaches the age of 67, when she may be entitled to the age pension.

To address these issues, The Tax Institute supports a possible suite of measures, laid out in the full submission.

As outlined above, expansion of the GST is necessary to reposition Australia’s current tax mix and ensure greater sustainability. A number of reviews into the tax system have noted that consumption is one of the most efficient tax bases available to governments. This is, in part, because taxing consumption does not distort economic growth, but rather encourages investment and saving since it does not tax the normal return to capital.

Broadening the GST base and increasing the rate could further support reductions in other tax rates such as corporate and income taxes, and a shift away from less efficient taxes such as the 115 taxes that were identified in the Henry Review which contribute very little to overall revenue. This can be the case even after appropriate compensation for lower income earners.

Because broadening the base and increasing the rate of GST can have a greater impact on the less well off, it is critical to address those inequities and give the community confidence in any changes. This will include targeted tax cuts for lower income earners and using the social security system to provide income support payments as required.

Related reading: Reforming GST for the future of Australia – how and why

It remains our opinion that a single corporate tax rate across all companies should apply in Australia. The dual system has added a range of complexities to an already complex system. It produces anomalous outcomes, particularly because a company can oscillate between the two rates from one year to the next.

The Tax Institute considers that a single, lower rate, no higher than 25%, should apply to all companies, irrespective of their aggregated turnover or proportion of passive income. Even with a flat corporate tax rate of 25%, Australia would remain in the top one-third of OECD countries’ highest corporate income tax rates.

Importantly, we have called on the Government to provide appropriate incentives to commercialise and protect Australian IP. Australia is at the forefront of IP development and we have many leading, brilliant minds across many industries; yet difficulties in raising capital and a lack of support for commercialisation activities often result in our IP being sold offshore. It is critical for our system to make it easier and advantageous to develop and retain IP in Australia so as to attract both domestic and foreign investment; protecting revenue streams on which our future can be built.

You can read our full Federal Budget 2021–22 submission. Further detail on The Tax Institute’s view of tax reform will be included in our Case for Change white paper presently being developed following The Tax Summit: Project Reform event series. This will be published in due course and shared with the State and Federal Governments and all our members.