Victorian Budget could miss out on opportunity for lasting tax reform 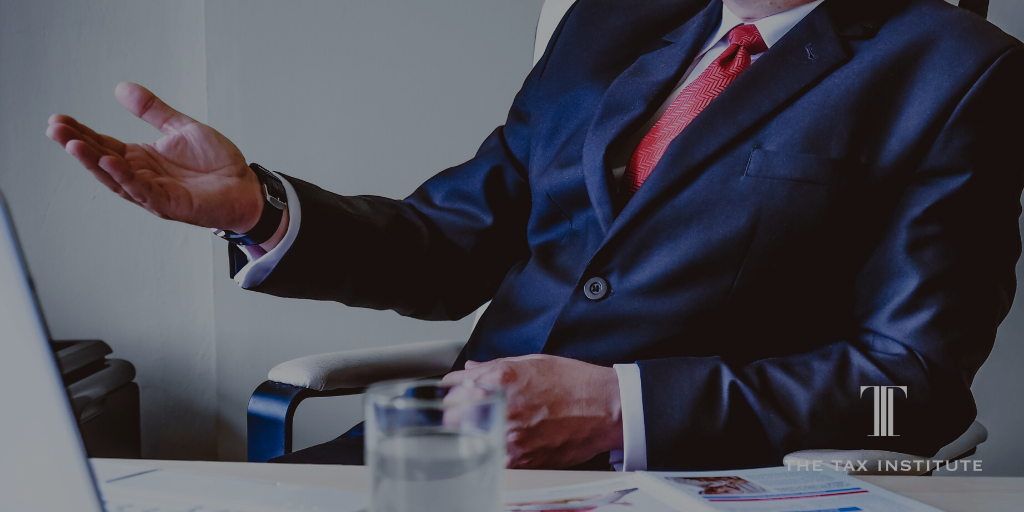 The tax reform debate is alive and well and the approach by the various State and Federal parties is shining through and this past week the press has been alive with discussion.

Whilst we at The Tax Institute continue to celebrate the existence of so much public discussion on tax reform and its importance, as a country we need to commence the transition from discussion to action.

In response, and as reported in the Australian Financial Review, Federal Treasurer, the Hon. Josh Frydenberg MP has come out commending the NSW Treasurer for his leadership in Tax Reform.

"I commend the NSW Treasurer for seeking to lift productivity in his state while encouraging investment and supporting the recovery," he said. "I will continue to work with states and territories and focus on important national reforms which will support the economic recovery."

In speaking with the ABC Mr Perrottet acknowledged federal government support was needed for further reform.

"I really don't think the states can do it alone," Mr Perrottet said.

With Mr Frydenberg noting the importance of “national reforms”, The Tax Institute looks forward to working with the Federal Government as it moves into its next Federal Budget cycle. We remain optimistic that Mr Frydenberg and the Morrison government will show the same leadership as their NSW State counterpart as we enter 2021.

No long-term change on the horizon for Victoria

Meanwhile, Victorian State Treasurer the Hon. Tim Pallas MP has set out to manage the expectations of the Victorian population, clearly stating that the Victorian State Budget to be handed down tomorrow will not contain the sort of structural tax reform which the Hon. Dominic Perrottet MP has embarked upon last week, flagging instead a focus on tax breaks to stimulate employment.

“While we acknowledge these are important conversations as we seek to bounce back from coronavirus, our immediate priority is to provide support that will help the economy bounce back from the pandemic,” Mr Pallas said.

"We'll be detailing the tax breaks we have planned to help Victorian families and businesses through the pandemic, with immediate support when it’s needed most, in [tomorrow’s] Budget."

The mix of State and Federal taxes has been long debated and has certainly been a key focus of our major event, The Tax Summit: Project Reform with state taxes such as payroll tax and stamp duty being seen as both inefficient and nationally inconsistent.

General Manager, Tax Policy and Advocacy at The Tax Institute, Scott Treatt, raised concerns with the Victorian Treasurer’s public statements which appear to indicate a short-term investment with longer-term pain.

“The risk with tax reform is the tendency to focus on the short-term,” Scott said. “It is possible to fundamentally reform a tax system whilst at the same time supporting the economy for recovery and this cannot be overlooked nor forgotten.”

“Many of our State taxes are antiquated. Domestic and global business operations and the way in which our businesses engage with the community have significantly changed; our tax systems need to progress; reform of these taxes can further assist our economies to better ‘ride-out’ these turbulent and difficult times.”

The push for change at The Tax Summit: Project Reform

The Tax Summit: Project Reform, is an ambitious endeavour bringing together tax practitioners, academics, regulators and policy makers in an effort to define what real tax reform should look like.

The Virtual Summit event, where we will bring together all the insights and ideas so far raised in the extensive program of lead in Focus sessions and Keynotes, is being held at the MCA, Sydney, from 24–25 November 2020.

Be sure to get your ticket today and tune in to join us as Mr Perrottet covers his plans for reform and his insights into how to make meaningful change stick in a panel session called Running the Gauntlet… How to effect change?

This event is your chance to share your perspective on what our priorities should be while reforming our tax system. We hope to see you there.