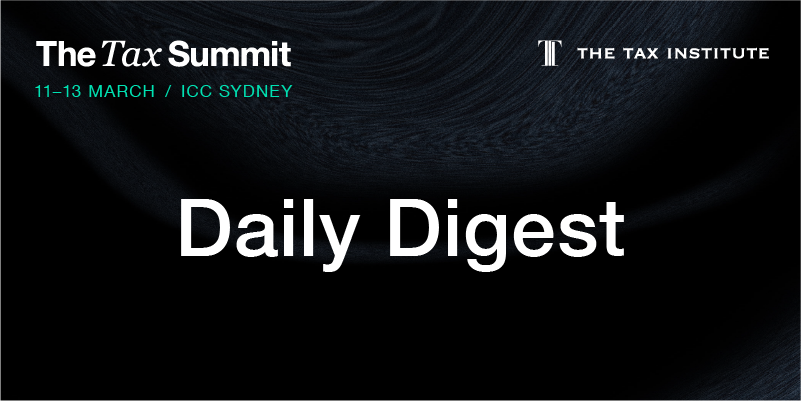 We've come to the end of our final day of The Tax Summit and what an incredible way to finish our journey exploring tax over the last 3 days.

Our top highlights for the final day are:

Last night we hosted our Gala Dinner and The Tax Adviser of the Year Awards which were a huge success. The four categories were extremely competitive, and all finalists have made huge contributions to the tax profession! 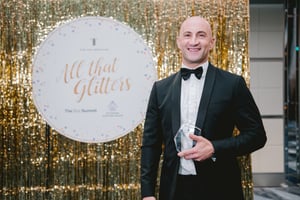 A special congratulations to our chosen winners:

2. Tax reform is a long campaign 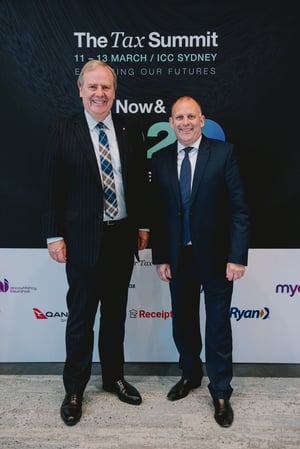 Australia’s longest serving Treasurer, the Hon. Peter Costello AC delivered the VIP address at The Tax Summit this morning. He regaled the audience with tales of the two year pursuit to introduce the GST in time for 1 July 1999 from its inception in August 1997 and pointed out that the October 1998 Federal election was the closest Australia has ever come to a single issue election. Of course, the GST wasn’t actually introduced until 1 July 2000.

He told delegates that the GST is still the same in terms of rate as it was when introduced in 1 July 2000, and almost unchanged in terms of base. This is a testament to the enduring quality of the GST and how it has become an enduring feature of the tax system.

Mr Costello’s main message to delegates was that if you want tax reform, it is a long campaign. Most tax reform in Australia has not been bi-partisan, including the GST. He noted that arguments for simplification had gone out of the debate.

Senior Tax Counsel Professor Bob Deutsch’s response to this was that, “The Tax Institute has consistently argued for simplification of Australia’s tax system. Simplification, provided that it delivers fair outcomes, needs to be one of the cornerstones of our tax system. The Tax Institute has previously advocated for reviewing the myriad of exemptions and special rules in the GST which unnecessarily complicate the base. As Mr Costello pointed out this morning, the GST as designed was not the GST as implemented. As originally designed, basic food was meant to be included in the GST base.”

As part of the Corporate stream David Plank, Head of Australian Economics at ANZ, shared a dynamic examination of economic changes that are currently shaping the business world, and an in-depth outlook on the future state of the Australian economy. As you can imagine, this is an outlook that will have changed as a result of the current COVID-19 epidemic.

The shutdown in China associated with the coronavirus has brought the economy to a standstill. Travel into Australia has significantly decreased, whilst even domestic travel is taking a hit. On the positive side, a jump in household savings rates, lower interest rates and tax cuts give consumers some scope to spend, but it seems that uncertainty around the strength of the economy means it’s difficult to predict an acceleration in spending over the coming months.

4. Stephen Scheeler on The Digital Invasion

This was a timely session because tax professionals have been contending with digital disruption affecting their practices for some time now. Advances in technology in the ATO systems making it easier for taxpayers to self-lodge their returns, and Artificial Intelligence tools are some of the disruptors.

Thank you to everybody that attended The Tax Summit! It's been an amazing three days, jam packed with 90 speakers, 60 sessions, and 8 topical streams. We just can't wait to get started on the preparations for 2021, and we're looking forward to seeing you in Melbourne next year.