The impact of Travelex on GST law and administration 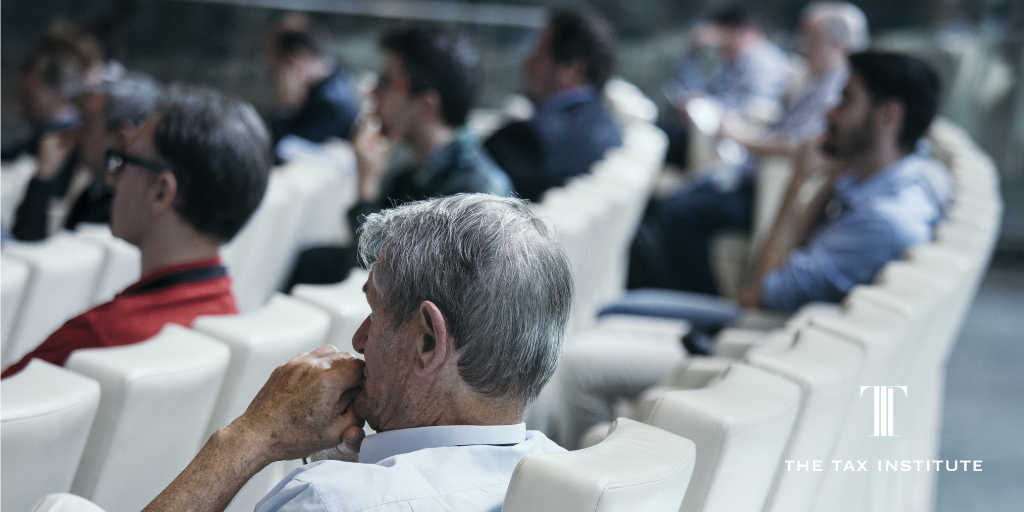 What are you expecting to find at the 2021 National GST Conference? Technical insight? Of course.

Unparalleled networking opportunities? You bet! … How about love?

When we caught up with Kevin O’Rourke, Director of O’Rourke Consulting to chat about his upcoming session at the 2021 National GST Conference, he shared that he’s been involved in several events, from Financial Services to more general topics, but the National GST Conference holds a fond place in his heart for a very special reason.

“I have to say that I met my wife at a Tax Institute GST Conference, and since then I’ve been a huge fan of CPD,” he told us.

Kevin’s co-presenter, Patrick Boyd, Law Interpretation Specialist in the Tax Counsel Network at the ATO, had a perhaps less romantic, but no less compelling point of view on attending events like the National GST Conference.

“As someone whose previous role was connected to tax but not necessarily in day to day contact with the profession, it's always been very valuable to be able to go to The Tax Institute events and get that sense of what is actually occupying practitioners and what they actually feel about how the law is functioning,” he said.

Patrick and Kevin will be presenting a session titled, Travelex: Understanding the aftermath, and dealing with the recent decision of the High Court which brings to an end to an end the latest chapter in one of Australia’s longest running series of GST litigation.

While the case itself directly concerns the determination of the date from which delayed refund interest was payable, its impact is much broader. The session explores the legal and administrative consequences of the High Court’s decision, dealing with the implications for matters such as the status of revised BASs and the scope for withholding GST refunds.

“What we're really exploring in this paper is, ‘what does Travelex mean?’ You know, both for the tax periods that were in issue a long time ago, before 1 July 2012 and for more recent tax periods under the self-assessment regime,” Kevin explained.

Kevin was involved with the Travelex case as it went to the High Court, and so is a wonderful source to help practitioners understand the meaning and impact of the decision. But this case isn’t what first sparked his interest in the complexity of GST administration. 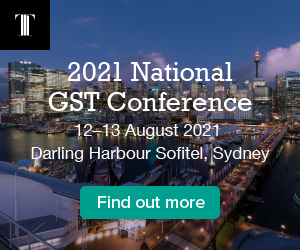 “I’ve always had, more generally, an interest in the administrative provisions which underpin the GST system,” he said.

“Almost every case in which I’ve been involved where we've litigated the GST issue, there has been a separate administrative provision also at issue in the proceedings. So, it's incredibly complex and they are provisions which are infinitely interesting to practitioners and really ought to be in the toolbox of any practitioner.”

Patrick agreed, and explained that the outcome of the Travelex case will have a wide impact for practitioners as it raises questions about past and future administration of GST.

“While the case itself deal is nominally a question about the payment of the interest, the issues that came up in it go to the heart of long-standing administrative practice and understanding what the implications are likely to be is quite important,” he said.

“It obviously has a particular importance to GST practitioners and those practicing in the area of indirect tax because that's where the issues are most immediately raised. But there are some wider questions that came up in the context of the operation of running balance accounts that are important for all taxpayers.

And I think one thing in the draft of Kevin’s paper that he brought out that’s of much more general interest is the perils of good intentions in the context of the tax system and administration, and how everyone trying to make something work can end up causing more problems, perhaps, than it solves when it runs into the reality of the law.”

Kevin added that, “The whole area is ripe for reform, because until reform takes place, there will be problems continuing to arise in terms of the interplay between substantive GST law provisions and the administrative provisions which underpin them.”

Catch Patrick and Kevin at The 2021 National GST Conference this August. Register to attend or find out more.

Other sessions Patrick and Kevin will be tuning into

“On the international side, there have been some very interesting developments here and overseas that it will be good to get a better understanding of, and the not-for-profit side is a complicated area of law that’s a bit outside the mainstream of the GST system and it's always good to learn more about that,” said Patrick.

Patrick Boyd joined the ATO in 2021 as a Law Interpretation Specialist in the Tax Counsel Network. Prior to joining the ATO, Patrick was an adviser in the Treasury, principally working on law design matters, including the legislation for application of the GST to inbound intangible consumer supplies and low value goods, the 2016 superannuation reforms and the JobKeeper payment.

Kevin O’Rourke is a GST specialist at O’Rourke Consulting and a former senior partner at both PwC and Deloitte. He has over 35 years of taxation experience in advising major corporate clients on all aspects of GST, and has been frequently named as a leading indirect tax adviser by the International Tax Review. Kevin is a solicitor of the Supreme Court of New South Wales and of the High Court of Australia, and has been involved in numerous litigation matters. He is Chair of the Indirect Tax Committee for Chartered Accountants Australia and New Zealand, and a member of the ATO’s GST Stewardship Group. Kevin holds a Master of Laws and a Bachelor of Arts from the University of Queensland.