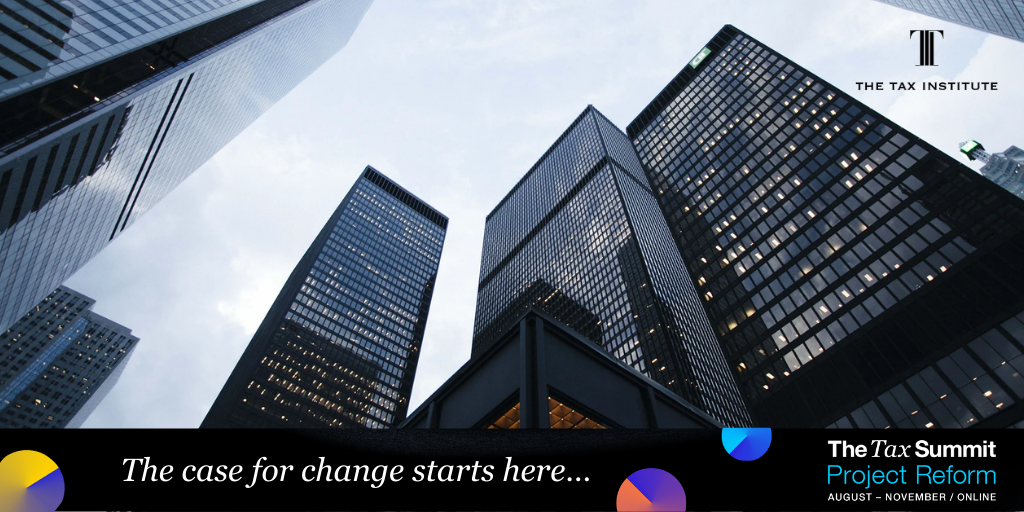 Dr John Hewson AM is one of Australia's pre-eminent GST policy experts and has been one of the leading voices in this space for the past three decades. He recently gave a keynote address in the first of a series of virtual sessions forming the road map to holistic tax reform as part of The Tax Summit: Project Reform.

During his presentation, GST, Tax and Economic Reform in a Post COVID-19 World, John joined the chorus of voices at The Tax Institute calling for meaningful reform in our tax system as we emerge from the COVID-19 pandemic.

“It's an opportune time in many ways because the government is struggling to come up with a recovery strategy from what is the worst, I think, set of economic and social circumstances that we've endured in this country since the Great Depression,” he said. 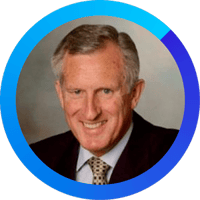 “I think it’s a unique opportunity for government really to think about how we should be moving forward as a nation, what they would like Australia to look like, for example, in a decade, two or three years’ time, and to start putting in place some of the structural changes that are required to actually make that happen.”

Recounting the long history of reviews of our tax system, John said that to date, “broad-based tax reform has basically been always put in the too hard basket.”

“The overall tax system is complex, it's inefficient, it's inequitable, with often competing and significant vested interests behind the way it operates. It's complicated by an ineffective structure of our federation,” he said.

The COVID-19 response and its implications for reform

In addition to longstanding inefficiencies in our tax system, John said that the response to COVID-19 has so far introduced two other constraints.

“One is, of course, that although a lot of the spending is said to be temporary, it is actually going to be structural. It will carry forward for many years, not just the debt burden of what's being done, but of course, some of that expenditure,” he said.

“You're seeing it how difficult it is to disengage from something, for example, like JobKeeper when the unemployment rate stays high, and in fact, is predicted to stay high for many years to come.”

The other factor overlaying “the complexity of the existing tax and transfer and federation systems today,” John said, is that young people, low income households or casual workers tend to be hit harder by a recession.

The silver lining is that the response to COVID-19 presents an opportunity to address weaknesses in our tax system – both new and old.

“The response to COVID has demonstrated just how fast people can respond, how fast we can change our behaviours as individuals, households, as businesses, as governments,” John said.

“I see the response to COVID as a unique opportunity. Indeed, an imperative, in many respects, for broad based tax reform.”

Reforming the GST should be an effective starting point for system-wide reform and addressing the issue of broadening the base is the first step for many tax professionals.

“When we proposed the idea back in the early 90s, as broad a base as possible was the intention. Of course, over time, it becomes a very difficult political exercise when you have some exclusions,” John said.

Returning to the idea of a broader base for the GST could prove to be well worth the difficulties such a change may pose. John outlined how, by effectively doubling the GST base and increasing the rate to 15%, GST revenue could increase from pre-COVID figures to a ballpark figure of $100 billion or more in additional tax revenue.

John acknowledged that some of this increased revenue would need to go towards assisting low income earners. He referenced research which suggests about 30% of the additional revenue from a change in the GST would be required to compensate the bottom 40% of income earners. Even so, the majority of this revenue could be used to drive tax reform.

“So, you're left with about 70% of the net additional revenue to underwrite reform,” he said.

John Hewson’s keynote address, GST, Tax and Economic Reform in a Post COVID-19 World, is one of the bonus sessions available when you purchase a ticket to The Tax Summit: Project Reform.

Learn more about the schedule of insightful focus sessions, roundtables and keynotes leading up to The Tax Summit event in November or register to attend.