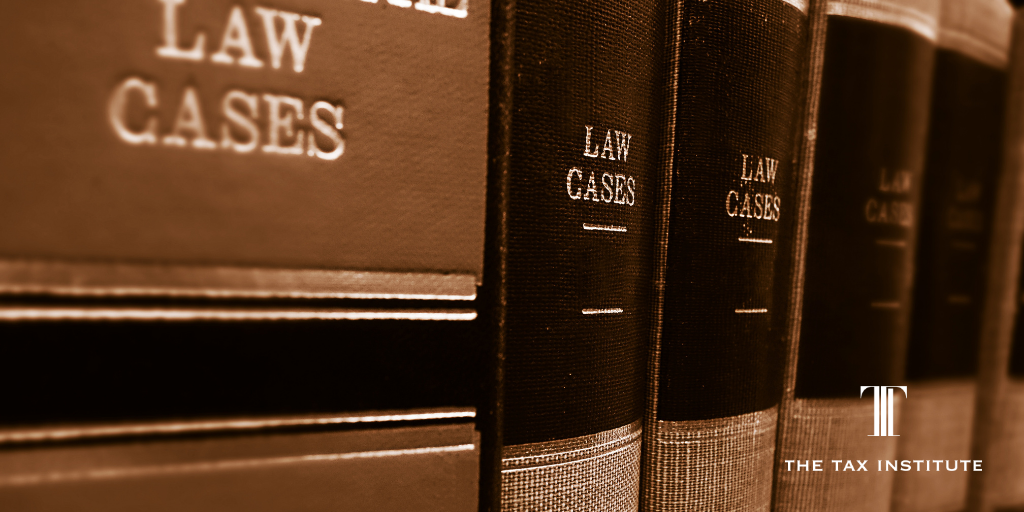 If you think back to the early days of your tax education and career, it’s one of the standout topics you may remember grappling with: the capital/revenue distinction.

After more than a century of litigation, the tax profession is still searching for a clear answer to the capital vs revenue question. And it’s an uncertainty in our tax law that is increasingly coming under the spotlight in the Federal Court.

Daniel McInerney QC, CTA, Victorian Bar has appeared in numerous Federal Court, Full Federal Court and High Court cases concerning this issue. We sat down with him ahead of his session at the upcoming 2021 WA Tax Forum to better understand this thorny issue and the insights he’ll be imparting on delegates at his session.

“The capital/revenue distinction underpins a significant amount of tax law. Although it has been part of the Act since its inception, it is of continuing interest even after decades and decades of litigation because at the margins there is still debate as to what falls on one side of the line or the other,” Daniel said.

In his session Capital vs Revenue – when are we going to work this out?, Daniel will survey the case law from the 1930s to 2020, discussing the particular reasons why it appears the courts have ruled one way or another on this issue. With this sweeping background in mind, Daniel will then use his considerable experience in the area to identify themes in the decisions at both the Federal Court and High Court level.

“I'd like to be able to identify more clearly in a practical sense where the dividing line is between capital and revenue for practitioners and understand better what the jurisprudence tells us about that dividing line,” he explained. A longstanding issue for tax practitioners

Though this is no new issue for the tax profession, capital vs revenue questions have been increasingly appearing in our Courts.

“In the last few years there's been an increase in cases decided by the Federal Court, the Full Federal Court and the High Court on the capital/revenue issue. And there's more coming through the system. Judges are grappling with the finer points of the capital revenue distinction, and there's no clear line that allows the ATO or practitioners to determine whether something's capital or revenue in a large number of situations,” Daniel said.

Delegates will hear about a number of cases that illustrate the various decisions around the capital/revenue distinction in Daniel’s session as he unpacks trends in the Courts’ thinking. One such case, which he used as an example to illustrate the complications that can arise from this grey area was the Commissioner of Taxation v Sharpcan Pty Ltd [2019] HCA 36 (Sharpcan) case, a Judgement handed down by the High Court on 16 October 2019.

In the Sharpcan case, the operator of a Victorian pub had sought to claim an outright deduction in the 2012 income year for the amount paid to purchase various gaming machine entitlements (GMEs) bought at auction or, alternatively, to claim the purchase price over five years under section 40-880.

Both the AAT and the majority of the Full Federal Court agreed that the expenditure was deductible. However, upon appeal by the Commissioner, five High Court Judges unanimously decided that the purchase of the GMEs was not deductible, as it was on capital account.

“That decision was handed down nearly 10 years after the taxpayer incurred the expenditure. The fact that there can be such a delay on such a fundamental issue demonstrates this area still has a degree of uncertainty that’s really unsatisfactory for taxpayers, and the Tax Office for that matter,” Daniel said.

“The Commissioner's appeal to the High Court in the Sharpcan matter was significant in two respects. Firstly, the fact that the High Court could so comprehensively disagree with the majority of the Full Court decision and an AAT decision decided by a Federal Court Judge highlights a glaring diversity of opinion between Judges as to when expenditure might be capital or revenue. And, secondly, the High Court’s decision itself may well have advanced our understanding of the capital/revenue distinction in a new and novel way – but whether it has done so or not will depend on how the decision is applied in the future.”

Will we ever come to a conclusion on Capital vs Revenue?

Daniel’s analysis of the case law will certainly get us one step closer in creating clarity around this crucial issue for tax practitioners. But while a clear and final distinction between capital and revenue in tax law may make all our lives a little simpler, he was realistic about the prospects of that becoming a reality in the near future.

“It may just be, it is what it is. We may have to live with that uncertainty. But it's certainly not a great state of affairs where you can't know when you're filling out your tax return, whether something's deductible or not, and Judges at various levels of the judiciary don’t necessarily agree on the correct characterisation either,” he said.

Session: Session 6: Capital vs Revenue – when are we going to work this out?

What to expect: A clear answer to the oldest question in tax remains somewhat elusive after more than a century of litigation. Join Daniel to explore recent case law on the question and discuss what, if any, advances in jurisprudence have been made since 1938 when Sun Newpapers was handed down.

About the WA Tax Forum

Long considered the “must attend” forum for tax professionals in Western Australia, the 2021 WA Tax Forum is the perfect start to your CPD this year. Highlights include:

As Daniel said, “It's always been a lot of fun to get together with other practitioners. It's a great, social networking opportunity, and oftentimes you can find gems in the programs that really advance your knowledge and really give you an insight into how other practitioners are approaching difficult questions.”

Where: Join us at RAC Arena, in the heart of the Perth CBD. 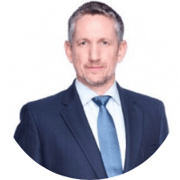 Daniel is a dedicated taxation barrister known for his strong and extensive technical and advisory knowledge, in relation to structuring as well as settling taxation disputes with the ATO.

Since being called to the Bar in 2007, Daniel has appeared in leading and complex taxation cases on a broad range of complex issues including transfer pricing, international corporate structuring, consolidations and Part IVA. Daniel has a Masters of Taxation from the University of New South Wales. Daniel is also President of the Victorian Tax Bar Association and a member of the Australian Bar Association’s tax committee.