Back to the Future IV – Tax Compliance Anomaly

When I started in tax, each taxpayer was required each year to lodge a tax return, which would be assessed by staff of the Australian Taxation Office (ATO), and the ATO would issue an assessment. If the taxpayer’s return was wrong, the taxpayer was potentially liable to penalties. But if the taxpayer had provided the ATO, along with the return, all information necessary for the ATO to make a correct assessment (referred to as making a “full and true disclosure”), then the taxpayer was immune from penalties for errors in the return.

However in 1986 the system changed so that the ATO made only a cursory examination of each tax return. (This was described in the 1985 Budget as a proposal to “increase efficiency in processing tax returns”.) The idea was that the ATO would cease to focus on issuing correct assessments but would instead focus on after the event audits, which might of course lead to late payment interest and penalties. As the 2004 Review of self assessment coyly put it, “the introduction of self assessment meant a change in the balance of costs and risk between the Tax Office and the taxpayer”.

Over the years various changes were made to the system, which have tended overall to increase the burdens on taxpayers and their advisers.

In particular, nowadays a taxpayer gains no protection from penalties by supplying information to the ATO. Instead penalties may be levied for errors in the return if the taxpayer is adjudged to have failed to meet required standards such as “reasonable care” or “reasonably arguable position”. Yet taxpayers, particularly large businesses or taxpayers with material cross border dealings, are routinely required to provide very substantial amounts of information to the ATO, and are (at least potentially) liable to substantial penalties for failure, delay or inaccuracy in providing that information as and when demanded.

As an example, consider a “significant global entity”, being (in this example) a very small Australian subsidiary of a multinational group. It is required to lodge an “International Dealings Schedule” (IDS) each year, in accordance with the ATO’s online “Instructions”, which currently requires over 50 questions (numbered 1 to 51, but with numerous subparts). If it lodges it one day late it can be penalised $105,000. If it gets any question wrong, it can be penalised. Yet lodging the IDS on time and correctly doesn’t give it any benefit at all.

From a taxpayer’s perspective the system has morphed into an array of very big sticks and not even a grating of carrot.

Even worse, the ATO’s own “Instructions” for questions in its “approved forms” are sometimes inconsistent with the questions themselves. I understand that that’s the case for the IDS, but I’ll give another simple example. 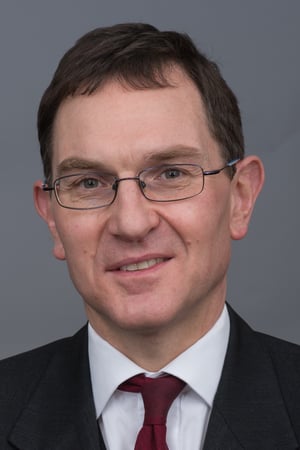 Not only that, but the forms often change from year to year, and even more dangerously sometimes the instructions change without any change being made to the wording of the form itself. The potential for inadvertent error is obvious.

Incidentally, one wonders whether the ATO’s data is as good as it might be, given that some people may easily assume that an ATO approved form means what it clearly says on its face, and not feel the need to check in case the instructions say it means something different.

Very recently the ATO announced that they are “scrutinising every tax return lodged”. That may not mean a formal assessment in 1980’s style, but it indicates that the way the tax system is being administered is now virtually the same as it was before the introduction of self assessment, with routine ATO scrutiny of every return and taxpayers routinely providing very substantial information to the ATO.

Self assessment was announced just about the time when the first “Back to the Future” film was released. Now that we’re well past the date of Marty McFly’s arrival in the distant future (and the Chicago Cubs have won the World Series) we should consider whether the regime as it now exists is still fit for purpose, especially since what’s actually happening in tax compliance is starting to look more and more like 1985. Perhaps it’s time to reintroduce some of the taxpayer protections that existed before self assessment, maybe something along the lines of the old “full and true disclosure” rules. Perhaps the penalty regime should be overlaid by a rule something like the following:

The Tax Summit 2020 combines the best of National Convention and The Tax Summit and will focus on specific happenings, challenges, reports and events within the tax and accounting landscape. The event’s theme, ‘Now & When’, will explore what our profession stands for now while thinking ahead to the future.

At the 2018 Financial Services Taxation Conference in February, Ian Kellock and Bronwyn Kirkwood (both Ashurst), presented the session ‘Practical...
END_OF_DOCUMENT_TOKEN_TO_BE_REPLACED

3 tips to prepare you for the future of tax

END_OF_DOCUMENT_TOKEN_TO_BE_REPLACED

Do you have the skills of a tax star?

Find out if you have the skills that make a top tax professional.

To be a successful tax adviser, you’ll first need to show expertise in the subject...