Tax and the Economy—Policy and Performance. Barossa Convention Keynote.

What is the purpose of the tax system? What does economic theory tell us about the design of the “perfect” tax system?

What are the main priorities for reforming the Australian tax system? What are the obstacles to achieving this reform?

At the upcoming Barossa Convention, Professor Robert Breunig, one of Australia’s leading public policy economists will share his view of the tax system and tax system design and why there’s a need for urgent tax reform in Australia.

Director of the Tax and Transfer Policy Institute at the Australian National University’s Crawford School of Public Policy, we spoke with Professor Breunig, who shares his insights into the issues facing Australia’s tax system.

In addition to the questions above, Professor Breunig, will seek to answer some other critical questions, including how does Australia stack up against the ideal tax system, and against other countries with its current system, and how might we make progress towards improving the system?

When the federal tax system in Australia was initially created at the beginning of the twentieth century, the world was a very different place. More than 100 years later, economic growth prompted change and Australia adapted.

The Australian tax system also adapted, sometimes through substantial reform, but more recently through a series of piecemeal changes. When enacted as part of a greater vision for incremental reform, piecemeal changes can be strategic. In the absence of this broader vision however, they often act as short-term band-aids for long-term problems. In the policy realm, these short-term solutions can also engender long-term policy incoherence, only accelerating the urgency for overall reform.


Australia’s current tax system is a complex labyrinth. It is the product of these well-intentioned, but partial, policy changes and they have begun to undermine the fairness, resilience, adequacy, and simplicity of the tax system over time. As preparation for this tipping point, in 2010, the final report of the Henry Review identified key areas for reform for the entire the tax system. Nearly a decade later, very few of its recommendations have been implemented, while their urgency, international pressures, and our ideas for reform, have only increased.

Around the world, tax systems are shifting as the desirability and feasibility of taxing source-based profits comes under questioning. Global production has shifted dramatically in nature, and global markets have emerged for high-skilled labour. We are potentially facing an age of transformation through automation of many jobs. All of these have important impacts on the tax system, its fairness and its resilience.

Professor Breunig went on to add “the biggest failure is the lack of thinking about the combination of the tax and transfer system as a whole. An additional problem is a desire by politicians to use the tax system to reward some groups and punish other groups. A final problem is the fallacy that there is some mythical entity with lots of money that can be taxed without having to tax voters.”

Born in Wisconsin, Professor Breunig initially ran a study abroad program that sent US university students to developing countries. At age 28, he suddenly decided to do a PhD in Economics, having never studied an economics unit in his life. In 1998, the ANU offered him a job and along with his wife thought it would be interesting to live in Australia for a couple of years—a country that neither of them had ever really thought about visiting or living in. 21 years later they are still here. 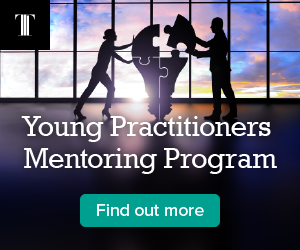 Delegates at the Barossa Convention will walk away from Professor Robert Breunig’s session with a broad overview of current thinking about tax system reform. These reforms will come and people should understand what is behind them and how they can position themselves with respect to possible future changes in the tax system.

Professor Breunig said “Hopefully, delegates will also take away a deeper understanding of Australia’s current system and how it fits with the rest of the world. Such background knowledge is always useful in any professional context.”

Professor Graeme Cooper, FTI will follow this session as the Tax Technical Keynote looking at the ‘Unexpected Outcomes of the Current CGT Regime’. Always a drawcard at Tax Institute Conventions, Professor Cooper will explain that experience shows that the CGT is not always internally consistent and often sits uneasily with the rest of the income tax. Professor Cooper will critically examine the design problems and show how they can trip up unwary practitioners and expose clients to unexpected and illogical outcomes.

Find out more about Professors Breunig and Cooper’s Keynote and the rest of the program on our website.