Further, on 21 June 2018, the Australian Taxation Office (ATO) released a draft practical compliance guideline (PCG 2018/D4) which considers the application of the general anti-avoidance rules contained in Pt IVA of the Income Tax Assessment Act 1936 (Cth) in relation to restructures that occur in order to comply with the hybrid mismatch rules.

The authors have found that the hybrid mismatch rules may have application in some unexpected circumstances where the outcomes may be unintended. It appears that the rules have been drafted on the basis that each taxpayer (and its tax manager) has detailed knowledge of the investment structures, as well as an intimate knowledge of the foreign tax rules applicable to the relevant structure. In the authors’ experience, this is rarely the case in practice, which creates practical challenges for taxpayers in considering the application of the hybrid mismatch rules and significant compliance costs for investors into Australia.

Professional Development:
Hear the latest on the Hybrid Mismatch Rules at the 2019 Financial Services Taxation Conference on the Gold Coast: 6-8 February 2019. Find out more.

Taxpayers will note that the international dealings schedule for the 2018 year includes a couple of questions in relation to investment in, and income or expenses in relation to, a hybrid entity. It is expected that additional questions in relation to hybrid mismatches will be added onto the international dealings schedule form in future years, which require taxpayers to consider the application of the hybrid mismatch rules to their structures when fulfilling their income tax compliance obligations.

Foreign investors will need to review their investment structures in light of the hybrid mismatch rules. In particular, inbound investors investing through trusts or transparent entities, or through entities in low tax jurisdictions should consider the application of these rules.

To determine whether the hybrid mismatch rules apply to a structure, taxpayers must consider whether one of the six types of hybrid mismatches (ie hybrid financial instrument, hybrid payer, reverse hybrid, branch hybrid, deducting hybrid and imported hybrid) is present. This assessment requires consideration of whether there is a payment that gives rise to either a deduction/non-inclusion (DNI) mismatch or a deduction/deduction (DD) mismatch. 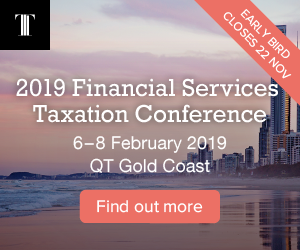 The article concludes that foreign investors should consider the potential impact of the hybrid mismatch rules sooner rather than later. This will include the identification of any entities in the structures that are located in zero tax, no tax or territorial tax regimes, as well as those which are subject to concessional tax treatments.

Consortiums may also need to examine their structures to identify the extent of their Division 832 control group in assessing the potential application of the rules.

It is expected that the identification of potential hybrid mismatches may not be straightforward, particularly as there are some uncertainties regarding key concepts in the legislation and the EM, and the knowledge required on the upstream structure and the relevant overseas tax laws.

Taxpayers which are considering restructuring out of hybrid arrangements and entering into alternative arrangements that do not attract the operation of hybrid mismatch rules should carefully consider the application of Pt IVA in addition to the legal, accounting, treasury and foreign tax issues pertaining to the new arrangements.

Members, the full article is available to view here.

Authors Wendy Hartanti, Hendrik Hilgenfeld, and Victor Pak are all Directors with all PricewaterhouseCoopers.

This article originally appeared in Taxation in Australia. 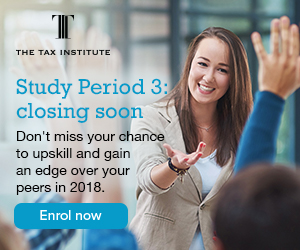 Written by practitioners for practitioners, Taxation in Australia is continually ranked as Australia's leading tax journal.
Published 11 times per year and available exclusively to members in hard copy and digital format, this comprehensive publication features articles with a strong, practical approach to the latest tax issues and professional development.
Members, you can access the latest articles online  here.