For decades now, globalisation has meant it is an important part of any leader’s toolkit to have a global network and be able to work in partnership with other leaders across the globe.

Increasingly, for many leaders in these days of global mobility, the challenge is to not just work with leaders from other nations, but increasingly to parachute in and lead through them.

The theme for the 2018 Women in Tax National Congress is ‘Leadership in Modern Times’, and at the event, Jennie Granger (International Monetary Fund) presents the session ‘Going Global’.

“It is now ubiquitous to work with others internationally, and its becoming more common that part of your career journey will involve working in other countries. My session ‘Going Global’ charts the journey and the lessons I learned about leading in another country from being parachuted in as the first woman (and first Australian) to lead one of the largest law enforcement capabilities in the UK at HMRC”, she said.

Jennie returned to Australia in 2017 after five years as a Commissioner and Director-General at Her Majesty’s Revenue and Customs (HMRC). Previously she was a Second Commissioner at the ATO, their most senior woman leader.

Asked what traits great leaders share, Jennie said “Every moment of every day great leaders personify their organisation. They walk the talk, energise people to contribute to the best of their abilities, feel part of the team and inspire them to take on the organisation’s challenges. Externally they inspire confidence in their organisation as trustworthy, empathetic and competent to deliver.”

Jennie’s session will also provide insights into what you need in your leadership toolkit to lead effectively in another country.

“As a soft-voiced woman in high profile roles where externally I was a voice of the organisation and internally I led many thousands of people I will share some practical tips on how to make yourself heard. And yes, I will share some of the funnier moments in cultural immersion from my five years of being an Aussie working in the UK.”

Of those aspiring leaders, seeking to take that next step, Jennie said “Build and nurture a strong diverse network, hone your collaboration skills and build resilience by seeking experiences outside your comfort zone.”

“Volunteer for corporate projects, new work, reciprocate where others need help, go on selection processes for other areas and organisations to build knowledge, relationships and credit in the bank for the future!”

Jennie’s session will provide practical outcomes and learnings from her time working in the UK, tasked with leading a massive transformation project, and her belief that leadership is all about influencing and working with and through others. “It’s clichéd but true, that the hardest change for most people is to shift from working IN the business to working ON the business. Don’t wait until you are the leader continuously build your skills in working through and collaboratively with people.”

With the profession, and the world around us changing and digitising, we asked Jennie if she had any tips you have for leaders in this brave new world.

“Adaptability and resilience are key! Continually build capability and develop talent and lead by example embracing change and learning new skills. One of most difficult challenges in such a rapidly changing world is to learn to recognise when it’s time to dismantle what you have invested so much in building!” she said.

“My career journey has taken me from a tiny country town in NSW to leadership roles in two of the top Revenue Administrations: the ATO and HM Revenue and Customs. It has been a privilege and a fascinating challenge to lead transformation in such large complex organisations vitally important to the nations they serve. The very best part has been the opportunity to work with so many great people inside and outside the organisations.”

Jennie Granger is a leading expert on positioning revenue administrations and a leading technical expert on tax and regulatory compliance strategies and techniques.


In her role at HMRC she led the transformation of Customer Compliance, one of the largest and most diverse operational divisions in the UK Civil Service of 28,000 staff. They re-engineered the age profile from 80% over age 50 to 30% under age 30 and increased its diversity while doubling compliance revenues. Previously she was a Second Commissioner at the ATO, then only the second woman in Australian history to become a deputy commissioner.

Throughout her career Jennie has championed diversity and inclusion, taking the lead to significantly increase female representation. 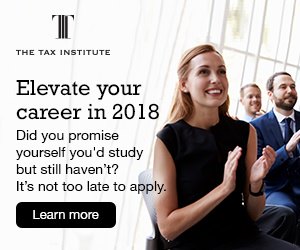 “I am an optimist”, she said, “And the rugby league fans amongst you will immediately recognise this, because I am a passionate supporter of the South Sydney Rabbitohs. It was just my luck they broke their premiership drought whilst I was in London!”

Returning to Sydney after a sold-out inaugural event, this year’s Women in Tax National Congress features seven sessions across the day showcasing Australia's most influential leaders offering their insights and sharing their experiences.

Find out more about Jennie’s session, and the rest of the program on our website, and join us on 21 November, at the Westin Sydney.