The Multilateral Instrument: What you need to know 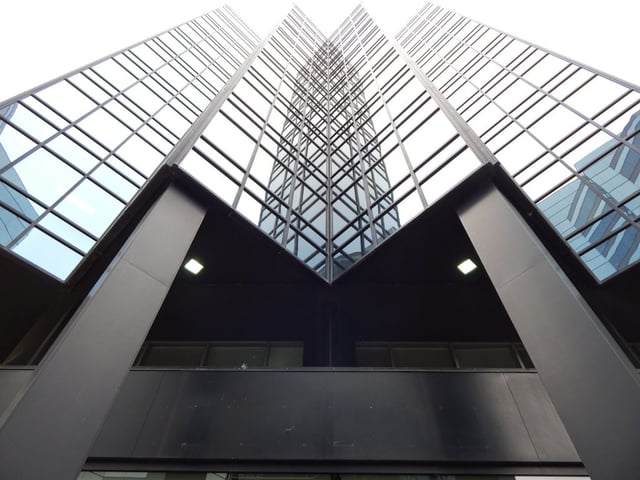 The MLI is the new acronym on the block.

Developed as part of the OECD/G20 Base Erosion and Profit Shifting (BEPS) project, the Multilateral Instrument is a novel approach to updating many of the 3,000 or so existing double tax treaties, on a fast-track basis,

The MLI is expected to start reshaping international tax from 2019, and Australia is likely to be amongst the first wave of countries whose treaties will be affected.

At The Tax Institute's upcoming International Masterclass, David Watkins, CTA, and Isabelle Mac Innes present the session ‘Hello MLI!!’, where they will provide an overview of the issues, and look at the MLI from an Australian perspective.

David is the partner in charge of the Deloitte Australia Tax Insights & Policy group, and Isabelle is a Director at Deloitte Sydney specialising in inbound and outbound international tax issues, especially in relation to double tax treaties.

We speak to them about the impact of the MLI and what to expect from their session in this post.

“The application of the MLI to a particular tax treaty will naturally be complex and will require careful analysis. Although the MLI will apply prospectively, groups that currently benefit from tax treaties should cautiously analyse the impact of the modifications in respect of existing arrangements. For example, under the new anti-abuse rules (typically the 'principal purpose test'), it may be the case that arrangements entered into prior to the MLI operating (and which are currently resulting in treaty benefits) may cease to be eligible for such benefits once the MLI applies. It is therefore critical for multinational enterprises to understand how the MLI will impact their cross-border arrangements.”

“In this context, the aim of our session is to help attendees understand how and when the MLI will modify the application of Australia’s bilateral tax treaties, what the MLI key measures adopted by Australia are, and to provide some practical examples of the MLI impact on cross-border arrangements.”

Asked how existing Australian double tax treaties will be impacted, they said “The MLI (BEPS Action 15) is designed to implement swiftly the tax treaty-related measures arising from the G20/OECD BEPS project without the need to individually renegotiate each treaty.

“The MLI will implement BEPS “minimum standard” changes to existing bilateral tax treaties in respect of the treaty preamble (relevant to object and purpose), treaty abuse and improving dispute resolution.”

“Further, depending on the reservations and notifications made by each party, optional changes to modify tax treaties in respect of Permanent Establishments, transparent entities, residency tiebreakers, minimum shareholding periods, capital gains derived from immovable property and mandatory binding arbitration will be facilitated.”

On the expected timelines, David and Isabelle said “The first step was for the MLI itself to come into force (following ratification by five countries). As five jurisdictions ratified the MLI prior to 31 March 2018 (Poland, Austria, Jersey, Isle of Man and Slovenia), the MLI has entered into force on 1 July 2018. The next step is for the MLI to come into force for various other signatories including Australia. This will occur three clear months after deposit of the instrument of ratification with the Secretary General of the OECD.”

“For withholding taxes, the entry into effect of the MLI will happen on or after the first day of the next calendar year that begins on or after the latest of dates on which the MLI enters into force for Australia and the relevant treaty partner jurisdiction. For example, if both treaty partners ratify the MLI before 30 September 2018, the MLI should enter into force on 1 January 2019 and the entry into effect of the MLI for withholding tax purposes should be on 1 January 2019.”

“For the mutual agreement procedure (MAP) and mandatory binding arbitration, the MLI will apply the later date of entry into force of the MLI for Australia and the relevant partner jurisdiction. For example, if the both treaty partners ratify the MLI before 30 September 2018, the MLI should enter into effect on 1 January 2019 for MAP and arbitration purposes.”

“With regard to the application of the of the ‘Principal Purpose Test’ (PPT), Article 7 of the MLI introduces new anti-abuse rules (minimum standard rules) that will enable tax administrations to deny treaty benefits in certain circumstances. Article 7 allows countries to choose between three options in complying with the minimum standard. This flexibility can lead to some complexity in practice. The PPT only (option 1) was the runaway winner for the signatory jurisdictions, including for Australia, i.e. out of the 78 countries that have signed the MLI, 60 countries have chosen PPT only.”

“Under the PPT, a treaty benefit, for example, a reduced withholding tax or a protection against source country capital gains tax or reliance on the Permanent Establishment Article, would be denied if it is reasonable to conclude, having regard to the facts and circumstances, that obtaining that benefit was one of the principal purposes of the parties entering into the arrangement or transaction. That is potentially a significant and additional tool that the tax authorities will have against so-called treaty shopping or treaty abuse.”

“The PPT threshold is a relatively low threshold, i.e. the tax benefit has to be only one of the principal purposes, it doesn’t have to be the dominant purpose. The PPT could potentially be applied by tax authorities to many transactions and structures which involve treaty benefits.”

“Nonetheless, the PPT will not be triggered if the granting of that treaty benefit in the particular circumstances, irrespective of the purpose, is in accordance with the ‘object and purpose’ of the relevant treaty. However, it remains to be seen how much comfort can be taken from this carve out.”

“The updated OECD Commentary contains examples of the operation of the PPT that suggest that such carve out should be interpreted as equating the “object and purpose” of the relevant provision with the existence of economic substance in the relevant treaty country. However, this is not expressly stated in the PPT itself and thus there could very well be some variance of approaches.”

“The MLI tie breaker rules, on the other hand, risk becoming inoperative. As a result of Australia’s adoption of Article 4 of the MLI, Australia’s tie breaking rules for non-individual taxpayers under many of our bilateral tax treaties are likely to change in the near future. Coupled with the paragraph 4(3)(e) reservation the tie breaker will become:

'The competent authorities of the Contracting Jurisdictions shall endeavour to determine by mutual agreement the Contracting Jurisdiction of which such person shall be deemed to be a resident for the purposes of the Covered Tax Agreement, having regard to its place of effective management, the place where it is incorporated or otherwise constituted and any other relevant factors. In the absence of such agreement, such person shall not be entitled to any relief or exemption from tax provided by the Covered Tax Agreement.'

How this approach will play out in practice is yet to be seen and will obviously depend upon the facts of each case. However, given the Australian Tax Office’s new interpretation of the Central Management and Control (CMAC) test (including split CMAC) circumstances of dual residence are likely to increase, just at the same time as this new treaty tiebreaker test becomes operative. There is a risk that referral to the competent authorities may not result in a resolution, resulting in loss of treaty protection.”

Asked what delegates will take away from the session, David and Isabelle said “Delegates will gain an understanding of which of Australia’s bilateral tax treaties will be impacted by the MLI, and an appreciation of how the MLI will modify the application of Australia’s Covered Tax Agreements.”

“They will leave mindful of when the MLI impact will take effect and how this will vary between Australia’s Covered Tax Agreements, and recognise where their clients and/or business may be impacted by the application of the MLI.”

"We’ll be encouraging delegates to review existing arrangements or transactions which are resulting in treaty benefits to determine whether the MLI may impact these cross-border arrangements / transactions, and make them aware of some of the difficult issues that exist in relation to the application of the MLI.”

Isabelle Mac Innes has been a long-standing member of the Tax Treaties Advisory Panel, and has been involved in various consultation groups working with Treasury and the ATO. Isabelle has a Masters of Law from Sydney Law University and is a qualified barrister in France.

The event looks at recent changes and developments, including the forthcoming anti-hybrid laws, the complex RCF case and the interesting US tax reform measures, with a focus on the practical impact of such changes and the commercial issues that arise. Senior ATO officials will also provide an update on the changing international tax landscape and the international matters that are on the ATO’s radar.
Find out more on our website.