In the session, Craig discussed a range of points from a
paper he produced with Harry Lakis, CTA, (Barrister) and Damien Bourke (Bourke
Legal). 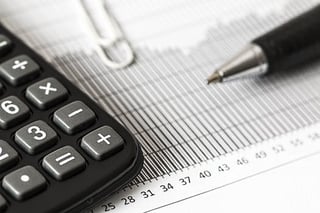 In July 2018, Craig will expand on some of the points
presented in this paper in his session ‘Proposals for payroll tax reform’, at
the 18th Annual States’ Taxation Conference in Melbourne

Craig’s session will consist of a discussion on matters that
are suitable for harmonisation in the administration of payroll tax around
Australia, providing a practical outline as to the impact of the issues raised,
and suggested approaches to improve their administration.

Both taxpayers and tax administrators would be assisted by a
‘root and branch’ review of the payroll tax grouping provisions, undertaken
with the object of furnishing rulings and guidelines that deliver clarity and
certainty as to:

Unfortunately there have been very few payroll tax grouping
matters that have been heard in a Court. Consequently much of the guidance in
the application of the provisions arises out of review processes in
administrative tribunals. Decisions from such tribunals do not have the
standing of judicial authority.

In addition, the matters that are before a tribunal or a
court are necessarily heard and determined based only on the facts and issues
that are presented in the immediate case. The cases will often identify the
matters that fall for grouping, or are denied exclusion, but may not assist in
explaining what arrangements fall outside the grouping provisions, or qualify
for exclusion orders.

There has seldom, if ever, been an opportunity for the full
gamut of legal, statutory and administrative issues encountered in the
operation of the grouping provisions (and the issue of exclusion orders) to be
considered, enunciated and collated in one compilation.

A Short Outline of
the Grouping Provisions’ History

Payroll tax was transitioned from a Federal tax to a State
tax in 1971. There were comments made in Queensland Hansard at the time,
describing the known (but as yet not outlawed) minimisation structure of
splitting employer entities.

The provisions were ‘harmonised’ with those in Victoria and
NSW in 2008.

The Purpose of the Grouping Provisions

The cases describe an anti-avoidance purpose: to overcome
the strategy of accessing the exemption threshold on multiple occasions, by
splitting a payroll amongst separate entities carrying on purportedly separate
businesses [see the often cited case of Commissioner
of Pay-Roll Tax v RG Elsegood & Co Pty Ltd [1983] 1 NSWLR 223 at
229-230].

The cases have also recognised the very broad scope of the
grouping provisions, said to be alleviated by the operation of the exclusion
provisions (again, see Commissioner of
Pay-Roll Tax v RG Elsegood & Co Pty Ltd), although that mechanism for
relief from grouping has itself been criticised - see Muir Electrical Co Pty Ltd & Ors v Commissioner of State Revenue
(Vic) 2001 ATC 4386 at [14].


Ultimately the grouping provisions have been allowed to
aggregate businesses that were never operated as one integrated payroll, and
despite which remedial exclusion orders are often denied. See the analysis by
Bond J in Scott and Bird and Ors v
Commissioner of State Revenue [2016] QSC 132 at [27] – [28]. The provisions
do this independently of any decision or determination of the Commissioner. No
notice is required to a group member who then automatically becomes liable to
pay – even though the assessment may only have been served on the “Designated
Group Employer”. While the group member would qualify as a ‘taxpayer’ who can
object, in most cases the time limit to lodge an objection in respect of
previous periods will have expired.

The Scope of the
Grouping Provisions
Many of the scenarios that incur grouping squarely fulfil
the perceived purpose as an anti-avoidance measure to aggregate payrolls
amongst businesses that are purported to operate separately.
The provisions start to overreach when they deem grouping
when there is nothing more than a mere common discretionary beneficiary amongst
separate discretionary trusts.

In other scenarios, simple common elements will combine two
seemingly separate groups, for example through common sets of directors, or
shareholdings.

An alarming provision is found in s.72, which causes
individuals (directors or shareholders) to be branded as “relevant entities”,
and to thereby become part of a payroll tax group by operation of the
definitions in ss.74A-74G.

Some contended applications of the grouping provisions have
thrown up absurd results that are unlikely to have been intended by the
legislature. This is a basis to reject the absurd interpretation for a more
reasonable one. The case that is most frequently cited in support of the
proposition that Courts are entitled to approach the interpretation of legislation
by taking into account the consequences of giving a particular meaning, is Cooper Brookes (Wollongong) Pty Ltd v
FCT (1981) 147 CLR 297, at 320-321.
Education: Our programs and single subjects help you achieve your full potential in your career, your workplace, and in the profession. Enrolments close 16 July.

The paper goes to raise a number of discussion points,
including:
Finally, the paper
discusses some proposals for change.

Any proposal for reform of the grouping provisions should
start with a consideration of their purpose. As described above, the purpose of
the provisions is to prevent avoidance of payroll tax by subdividing
businesses. It is therefore relevant to consider to what extent the provisions
serve that purpose.

In this respect, the provisions, as presently drafted,
perform two functions:

a. They deny access to multiple tax free thresholds to
employers who carry on related businesses

b. They impose joint and several liability upon all members
of the group (subject to the comments in the full paper in relation to the
restraints upon section 51A(2)). In doing this, they define a 'group' which
includes those employers, together with numerous other persons and entities,
including those which do not carry on a business, and which have never had
employees.

It may be suggested that only the first function serves the
purpose of the provisions. To be generous to the drafters, it may also be
suggested that the deeming provisions which expand the group to include
non-employers, and persons who do not carry on businesses, serve the purpose of
allowing those persons to be used as 'links' in a chain which allows other
businesses to be added to the group. Breaking those links can be addressed not
only by reform, but also by the manner in which the provisions are
administered.

Even accepting that it is appropriate to use 'links in a
chain', the provisions go far beyond what might be considered reasonable. In
particular, the suggestion that all beneficiaries of a discretionary trust
control that trust flies in the face of common sense and practice, particularly
in cases where the beneficiary has never had a distribution made to it, and is
not even aware of the existence or terms of the trust.

The situation may be contrasted with the income tax
consolidation provisions, which also impose joint and several liability in many
circumstances. In the case of the consolidations provisions:

a. The head company elects into those provisions – in the
absence of an election, the provisions do not apply.

b. The provisions are limited to genuine company groups and
do not extend to unrelated third parties.

c. The companies within the group benefit from the
provisions, as they simplify the tax treatment of company groups, and allow
intra-group transactions to be ignored.

d. When the provisions apply, it becomes difficult to
separate out the liabilities of each entity.

None of those considerations is relevant to payroll tax.

a. Payroll tax grouping is not voluntary

b. The provisions extend well beyond genuine company groups,
including to non-employers (subject to the remarks in the full paper) and
persons who do not carry on businesses at all

d. it is very straightforward to work out the liability
which each employer would otherwise have incurred had the threshold been
unavailable.

Options which may be considered in relation to the breadth
of the provisions include:

b. Removing the provision by which unrelated groups are
joined together by the simple presence of a common member.

c. Expanding the use of the de-grouping provisions, so that
they focus on ensuring that the only businesses which are grouped are those
which are obviously related, and could (and should) have been conducted more
practically under a single umbrella. A 'similar business test' may be a good
starting point here. If the businesses being conducted are not similar in
nature, there is no reason to think that they have been separated simply to avoid
payroll tax. Under this approach, florists would be immediately de-grouped from
hotels. This option may be given effect statutorily, or by changes in
administrative practice.

Options which relate to the 'dual use' of the grouping
provisions include:

a. Providing that the liability of each member of the group
is no greater than their individual liability would have been had the threshold
not been available at all. This strikes a balance between ensuring that parties
are not incentivised to avoid payroll tax, and ensuring that 'innocent' parties
are not subject to payroll tax obligations over which they have no control.

b. Restricting the operation of the joint and several
liability provisions to actual employers who conduct businesses, and excluding
non-employers and those who do not conduct businesses. If the State still
considers it appropriate to pierce the corporate veil in relation to directors
of companies which fail to comply with their payroll tax obligations, that
could be done in a clear and specific manner, such that those directors are
liable only for the obligations of companies which they direct. At present,
'back door' liability is imposed on directors, not only in relation to
companies which they control, but also in relation to entirely unrelated
companies over which they have no control.

The full paper is available for purchase here,
or is included in a subscription to the Tax
Knowledge eXchange.

Craig Bowie, CTA, is a Special Counsel in the Tax Division
at MinterEllison.

In addition to his law degree, he holds a Graduate Diploma of
Insurance and a Masters of Tax, and is completing a PhD in physics in his spare
time. Craig has specialised in corporate taxation since 2000, and also assists
clients with the resolution of disputes with the ATO and the Office of State
Revenue. Craig is the Chair of The Tax Institute’s Queensland Technical
Resources Committee and is recognised in both Best Lawyers and Doyle’s Guide.


In his upcoming session at the 18th Annual States’ Taxation Conference, Craig will look at potential improvements to the administration of
the grouping rules and obtaining certainty and consistency, around Australia,
with respect to applications for de-grouping, the approach to the recovery of
payroll tax liabilities from entities jointly and severally liable for group
debts, and the application of the employment agent provisions.