Understanding the impact to wine businesses of the new WET reforms 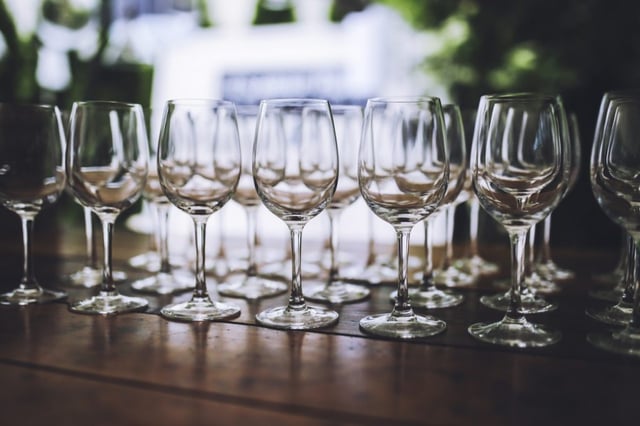 The recent reforms to the wine equalisation tax (WET) system, are ‘root and branch’ reforms that significantly impact most businesses in the wine industry, even going so far as to impact on the way certain wines are made.

These rules, now in effect for the 2018 vintage, are complex, with a number of retrospective issues to consider as well as transitional provisions to be aware of.

We spoke with Mathew Brittingham CTA, before his session ‘Wine equalisation tax – understanding the impact to wine businesses of the new WET reforms’ at the SA Agribusiness Day in March, about some of the issues facing Australian producers and their advisers. We also highlight some of the issues raised in the paper he presented at the event below.

Mathew told us: “There are a number of key issues advisers need to be aware of in relation to these reforms and how they impact wine businesses. In particular, some clients may need to restructure their arrangements to ensure they remain eligible to claim producer rebates, and for those clients who are eligible, how the transitional provisions in respect of 2018 and earlier vintages work. There are also some complexities with the new quoting system, which will affect the administrative practices of wine businesses, as will the WET credit system.”

In the paper he presented at the event, Mathew outlines that the reforms are the result of numerous incarnations of proposed changes to the WET system which have been the subject of much debate over recent years.

The paper points out that the reforms will disrupt not only supply chain structures, but also the wine-making process. They are complex and alter a number of aspects of the WET system, however, they mainly change the eligibility criteria for claiming producer rebates, and these criteria are the main focus of Mathew's paper.


The paper also considers changes to the quoting system, which will also determine whether a producer can claim producer rebates on certain sales, and who is liable for WET on those sales.

Mathew said “Advisers need to be aware of a number of blind spots in this area too. Of particular note is that winemakers will not be able to pool their grapes or wines with other winemakers and still be eligible to claim WET rebates on that wine. In addition, grape supply contracts will need to be revisited as grapes purchased by winemakers on a retention title basis will also prevent winemakers from claiming producer rebates."

In the paper, Mathew provides an overview of the situation, and covers the events leading to reforms.

The paper then addresses the New Eligibility Criteria in detail, which, subject to the ‘transitional provisions’ covered in the paper, apply to assessable dealings in wine from 1 July 2018 onwards. For 2018 and earlier vintages, the transitional provisions will determine when, and how, the new producer rebate eligibility criteria will apply to assessable dealings in wines from those vintages.

Mathew’s paper concludes that producers now have to satisfy a number of new requirements before they will be eligible to claim producer rebates. To assist in that respect, producers should have contracts in place which demonstrate that they owned at least 85% of grapes used to make their wine prior to crushing. Producers will also need to avoid any activities which would prevent them maintaining ownership of those grapes and resultant juice and wine throughout the wine-making process.

Producers should also ensure that the trade mark/s associated with their brand/s is/are either registered, recognised as a common law trade mark/s or are in the process of being registered. In addition, the paper recommends that producers should be putting systems in place to comply with new quotation system, as quotation errors are all too common in the industry. Finally, producers should remain aware that the transitional rules may apply to 2017 and earlier vintages, or fortified wines, sold after 1 July 2018.

Affiliated with the Institute for more than a decade, Mathew is a Partner in Finlaysons Tax and Revenue team and leads the Family Business and Private Wealth practice.


Advising a range of local, national and international clients on state and federal taxes, Mathew has a particular interest in the wine equalisation tax, having acted for a vast variety of winemakers, suppliers and advisers to the wine industry across all wine regions in Australia. He holds a Master of Taxation degree from Sydney University and is a Chartered Tax Adviser member of The Tax Institute.

Mathew’s full paper is available for purchase here,
or is included free with a subscription to the Tax
Knowledge eXchange.

Unless expressly stated, opinions published in this post are not to be regarded as expressing the official opinion of The Tax Institute, which accepts no responsibility for the accuracy of any of the information contained within it. Whilst every effort is made to provide information that is current, content (including third party content) and links to other websites contained on our blog may be subject to change from time to time without any notice. Readers should rely on their own inquiries in making any decisions.