In April 2017 the Full Federal Court issued its judgment in the Chevron case. The matter was later resolved between the parties and Chevron abandoned its application for special leave to appeal to the High Court. In May 2017, the Australian Taxation Office (ATO) issued PCG 2017/D4.

The paper is excerpted below.

On 21 April 2017, the Full Federal Court dismissed Chevron’s appeal and upheld the amended assessments made by the ATO with respect to interest deductions claimed by Chevron Australia Holdings Pty Ltd (CAHPL) on an intra-group loan. In this regard, all three judges found for the Commissioner, dismissing Chevron’s appeal.1

The decision received widespread publicity both in the Australian tax and general community, as well as overseas. The decision not only provided a significant financial windfall for the ATO, but it also provides a number of important insights into the approach that both the courts and the Commissioner are likely to take when examining transfer pricing issues in the future.

The facts of the case are well documented and understood. As such, below is a brief summary of the case to provide a degree of context for subsequent comments made in the full paper:

A number of important arise as a result of the Full Federal Court’s decision. These are detailed in the full paper, and include that:


Whilst the Chevron case provides Australia with its first
transfer pricing court guidance with respect to intra-group loans, there are a
number of important questions which, in the authors’ view, remain open. These are discussed in detail in the full paper, and include:

Following a seven-month consultation process, the ATO has published Practical Compliance Guideline 2017/4 (PCG), setting out its approach to assessing risk in respect of related party cross-border financing arrangements. The PCG is a final version of an earlier draft publication issued in May 2017.

The measures imposed under the PCG enable the ATO to create a risk profile for Australian taxpayers in relation to their cross-border financing arrangements. These measures are only one part of the ATO’s broadening approach to transfer pricing compliance monitoring, applying alongside other measures already implemented, such as, inter alia, annual reporting in the International Dealings Schedule (IDS), country-by-country, master file and local file reporting.

The PCG explains how to determine an overall risk rating and how to (to an extent) interpret each of the risk indicators.

The PCG applies retroactively to financing arrangements existing or coming into operation on or after 1 July 2017 and while broadly in line with the draft PCG issued in May 2017, the final version of the PCG does have some key differences.

Importantly for the current audience, the PCG does not apply to a financing arrangement entered into by:

Further, it doesn’t apply to a financing arrangement that is a form of Islamic finance.

That might be an appropriate point to end the analysis of the PCG for a financial services presentation, however, it is likely that approaches outlined in the PCG will not necessarily be limited.

The PCG applies to:

The PCG applies to any financing arrangement entered into with a related party that is not a resident of Australia for tax purposes if the cross-border test under Subdivision 815-B of the ITAA 1997 applied.

However, financing arrangements characterized as equity by Division 974 of ITAA 1997 are not covered by the PCG.

A taxpayers’ risk zone is determined by a combination of motivational and pricing factors: 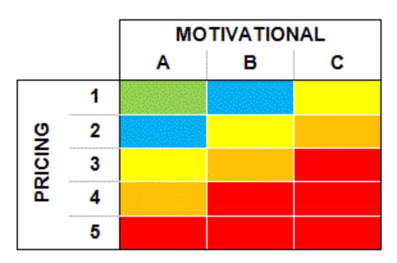 The pricing factors are:

The motivational factors are:

There are two points to specifically call out in this approach.

The first is that there is there is a clear link in the pricing table to the group’s overall cost of “referable” debt. The referable debt is determined by considering each of the following in order:

Taxpayer must use the first available item in that list. Thus, if there is traceable third party debt, this must be used in preference to the global group cost of funds. Where the interest rate payable on related party borrowings exceeds 50bps above the referable debt, the loan will rate at least “low to moderate risk” while more than 100bps above will result in a “moderate risk” rating without consideration of any other factors.

The PCG correctly acknowledges that a currency adjustment needs to be made where the relevant reference rate is in a different currency to that in which the related party borrowing is denominated. In the case of a global group with borrowings in a multitude of currencies, this calculation, at least when seeking to determine the global group cost of funds is not without some difficulty. 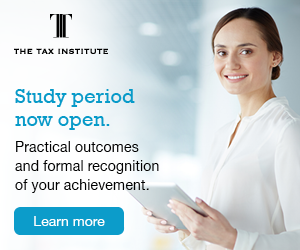 In relation to the question of currency, having either an inbound or outbound loan that is inconsistent with the functional currency of the borrower will result in a risk rating of at least “high risk” (unless, in the case of outbound loans, the loan is denominated in AUD).

The last word on Chevron

On the basis that the functional currency of the Chevron group in Australia was AUD, the Credit Facility Agreement would not have been adversely risk rated on the basis of currency alone. Similarly too, the fact that USD interest rates were lower that AUD interest rates and the fact that the traceable third party debt was USD denominated but the related party loan was AUD would not have necessarily resulted in an adverse risk rating provided that the “margin” on the related party debt is not greater than 50bps above the external debt.

Julian Humphrey, CTA is a Partner of KPMG’s Banking and Finance practice with over 20 years’ experience. He works primarily with international banks and financial services companies operating in Australia, providing corporate income tax and more recently transfer pricing services. Julian’s areas of expertise include the taxation of banks and bank branches, the taxation of financial arrangements and retail financial products as well as Australia’s offshore banking regime. He has advised on a number of major M&A transactions in the financial services sector in recent years. He is currently heavily involved in the base erosion and profit shifting debate, working with clients to implement country-by-country reporting. He is a regular participant in consultation with the government on Australia’s tax reform proposals affecting Australian financial institutions.

Tim Keeling is a Director in KPMG’s international tax advisory practice. He has over 12 years’ of transfer pricing experience including in financial services and financial transactions. During Tim’s transfer pricing career, Tim has worked for both the Australian Taxation Office and professional advisory firms.

The full paper is available for purchase here, or is included free to download with a subscription to Tax Knowledge eXchange.

Those with an interest in Transfer Pricing and related issues should mark 18 September in their calendars for the first webinar in the Transfer Pricing Webinar Series. This four-part series covers Transfer Pricing documntation issues, tnterpretation questions on 815A–815B, and correct characterisation and reconstruction
under 815B and Part IVA. View the program on our website.