A radical super idea - back to the future!

The Tax Institute's Senior Tax Counsel Bob Deutsch, CTA spoke to members in our TaxVine eNewsletter last week. He had this to say: 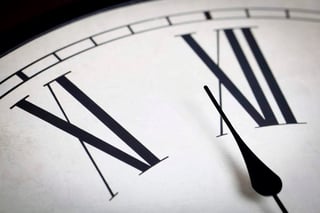 This week I return to one of my
favourite topics – superannuation.


As many of you know by now, I
am a very firm believer in superannuation and that superannuation should be
used exclusively for the benefit of members in retirement. I am not enamoured
by the idea of allowing access to super for residential housing purposes, or indeed
for allowing gearing of superannuation funds. From where I sit, the former
defeats the very purpose for which superannuation was created, namely, to keep
oldies off the age pension (and thereby allow more of the Budget revenue to be
used to assist younger people to get into housing). Further, in my view,
gearing is positively dangerous in any market rout which can happen at any
time.


However, there is an
opportunity to enable at least some small part of superannuation to be used for
the benefit of the overall community through investment in infrastructure while
still preserving the purpose of securing retirement benefits for members. The
total invested in superannuation appears now to be in the order of $2.3
trillion, which is by any measure a staggering amount. That amount is set to
grow substantially in the years ahead as a result of organic growth but also
the likely increase in the contribution level beyond 9.5%.


Education:
Advanced Superannuation has been developed by experienced tax experts to provide an academically rigorous, yet thoroughly practical, working knowledge of super.


There is no reason to suggest
that such a mechanism could not be looked at again. 30% would be way too high,
but 10% would be realistic and would make a huge difference. This would require
all superannuation funds to invest 10% of the available funds directly in
infrastructure. The quid pro quo would be a moderate interest based return
accompanied by a dual guarantee from the federal government – a guarantee as to
the return of capital, and a guarantee of a minimum percentage return on an
annual basis. With such a guarantee, the rate of return could be quite modest
since the risk would be minimal.


Such a measure would
effectively take the government out of the infrastructure space (apart from the
guarantee obligations) as that funding requirement would be taken up through
this Superannuation Infrastructure Investment. Members interests would be
protected as a guaranteed return on invested funds is provided thereby adding
to their retirement funds.

No doubt there will be those
who scream “the federal government should not be mandating particular types of
investment to superannuation funds”, but I think this could be answered by
reference to the modest amount of investment required (i.e. 10%) and the guaranteed
minimum return.
I think it is an idea worthy of
further consideration!


Members, we welcome your thoughts via
the Vine Feedback inbox.