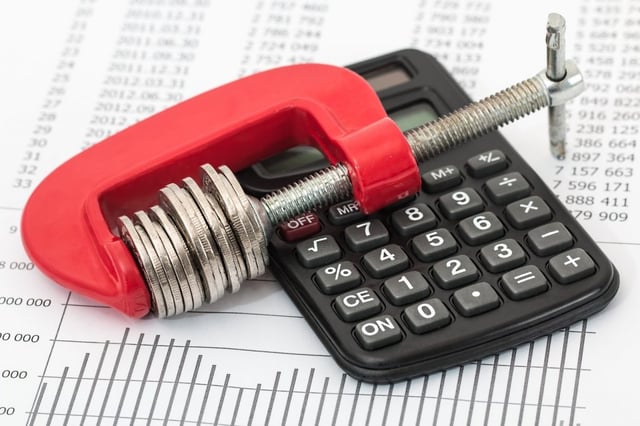 The proposal announced by the Treasurer in the May 2016 Budget for a gradual reduction of Australia’s corporate tax rate — the Ten Year Enterprise Tax Plan 1 — became one of the major points of difference between Australia’s major political parties in the July 2016 election and has remained an obvious point of difference since then.


This was not the first time that the corporate tax rate had featured in Australian political debate, but it was a key distinction between the parties, with both the ALP and Greens promising that, if elected, they would not proceed with the proposed gradual reduction of the rate to 25% by 2026 for all companies.

An article, 'The unconvincing case for 25%' by Professor Graeme Cooper CTA (excerpted here from the first edition of Australian Tax Forum for 2018), examines the cogency of the arguments which underpinned the Budget proposal and the government’s election policy. It does not directly address the difficult normative question, should Australia’s corporate tax rate be reduced to 25%, and the consequential issues — by what date, at what speed, for which companies, and so on.


In the article Prof Cooper points to the case for reducing the corporate rate, both in the past and in the current debate, as being very largely based on the effects that a reduction would have on levels of foreign direct investment in Australia. 2 But the focus is on the question of how compelling the arguments are that lie behind that recommendation?


The case being made is that an immediate, certain and widely dispersed revenue loss 3 should be wagered in the hope of triggering a contingent and deferred response from a narrow target audience. 4


Prof Cooper asks, 'Do the reasons advanced so far suggest that is a good bet?'

He points out that it is, of course, quite conceivable that the corporate rate should be reduced to 25%, but for reasons quite different to those advanced so far — that there are beneficial, but entirely domestic, consequences that would follow or that we are somehow being unfashionable in not following current international trends.


In short, the 25% rate might be good policy or bad; the argument of this article is that the case presented so far is less than compelling.

Part of the problem for those who wish to see a rate cut lies in the breadth of the terrain that the corporate tax covers: the one policy instrument applies largely indiscriminately to small companies and large companies, to privately held and widely held companies, to those undertaking active business operations and those holding mostly passive investments, to those needing to go to capital markets for further funding and those that are stable or even in decline, those that raise their capital locally and those that rely significantly on foreign markets, and to those principally with local shareholders as well as those with a large proportion of foreign shareholders. Unless some nuances are introduced to the base or the rate or both, it is a very blunt instrument.

There is no doubt that Australia’s corporate tax system might be adjusted to incorporate more nuance and differentiation, but the debate about the rate has not attempted much differentiation: the case seems to be based on a 'one-size-fits-all' view of the corporate tax rate — arguments are presented because they are seen as persuasive for one sector, even though they will have impacts on all other sectors and are not especially cogent in those arenas.


In fact, that is the lesson of the recent past: the case for a rate reduction is advanced using arguments relevant for large, publicly owned, foreign-funded companies that need further capital; the benefit of the recent rate cuts have been delivered to small, privately owned, locally funded, possibly stagnant companies. The incongruity between policy proposal and practical outworking is striking. And finally, it is perhaps worth pausing to say the main focus is on the merits of the debate as it is presented in tax policy circles.


The article occasionally alludes to the political debate and the popular media, but criticising politicians or the media for being less than accurate is hardly worth the effort.


In the full article, available here, Prof Cooper provides some recent tax history and makes some observations of the case, including that the real proposal is a tax switch, not a “cut”, the realities of the 30% rate, the impact of imputation, and on the argument that reducing the corporate rate is crucial for foreign investors.

The first edition of Australian Tax Forum for 2018 features a special focus on corporate tax, and includes selected papers from a conference held in July 2017 at the Tax and Transfer Policy Institute at the Crawford School of Public Policy of the Australian National University.


It includes:
Find out more about Australian Tax Forum on our website.
Prof Graeme Cooper CTA is Professor of Taxation Law at the University of Sydney and a consultant to Greenwoods & Herbert Smith Freehills. He is a former Chair of the New South Wales State Council of The Tax Institute and former member of the National Council. He has worked as a consultant to the ATO, Treasury, Board of Taxation, United Nations, OECD, World Bank, the International Monetary Fund and several foreign governments. He was admitted to legal practice in New South Wales and Victoria, and practised commercial law and tax in Sydney before entering teaching. He has taught in law schools in Australia, Europe and the United States, and holds degrees from the University of Sydney, University of Illinois and Columbia University, New York.

Disclaimer: The material and opinions in this article are those of the author and not those of The Tax Institute.

3 Just how large the revenue loss might be, and who would benefit from it, has been the subject of heated exchanges in political circles. At the time of the 2016 Budget (Tuesday 3 May 2016), the Treasury estimate was $2.7b over the four-year forward estimates period. Australia, above n 1, 41. By Friday of Budget week (Friday 6 May 2016), this figure had been elaborated to $48b over 10 years by Treasury Secretary John Fraser during evidence given in Senate Economics committee hearings. Senate Economics Legislation Committee, Official Committee Hansard, 6 May 2016, 11 (“the cost of these measures to 20-26-27 is $48.2bn in cash terms”). By 11 May 2017, the Treasurer had amended this figure to $65b over 10 years, the figure which is now used in the public debate as the likely cost of the measure. House of Representatives, Hansard, 11 May 2017, 4392.

4 There does not appear to have been any similar challenge to the size of the gain estimated to arise — an increase to GDP of 1% by 2026. Senate Economics Legislation Committee, Official Committee Hansard, 6 May 2016, 11, evidence of John Fraser (“Treasury has estimated that the government’s tax package [will] increase the level of GDP by a little over 1 per cent in the long term”).

END_OF_DOCUMENT_TOKEN_TO_BE_REPLACED

At the 2018 Financial Services Taxation Conference in February, Ian Kellock and Bronwyn Kirkwood (both Ashurst), presented the session ‘Practical...
END_OF_DOCUMENT_TOKEN_TO_BE_REPLACED