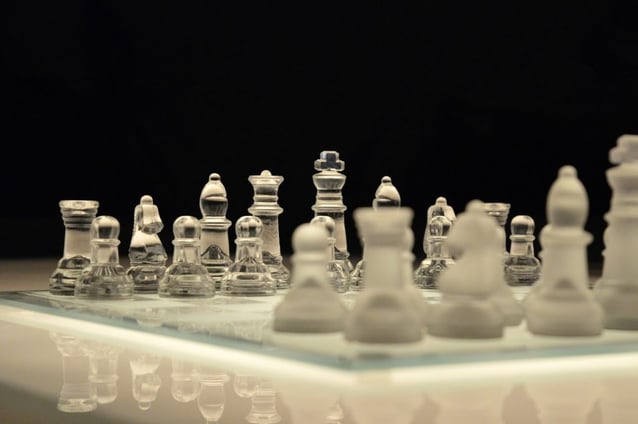 While we have not seen substantive legislative change across
areas that impact private business (aside from superannuation), there is a
clear change of thinking around policies that generations of private client
advisers have, more or less, taken for granted.

Although these changes are, for the most part, still
evolving, they nevertheless must be taken into account when advising clients,
particularly as decisions taken today in the context of existing laws may have
long-term consequences in a new legislative environment.
In this post, we discuss the concept of defensive planning, previewing three sessions from the upcoming Private Business Tax Retreat to
illustrate how modern advisers need to be both proactive and prepared to go on
the defensive at the same time.
We highlight three key areas that embody this approach of
being proactive while ready to defend:

In this year’s keynote address at the Retreat, Springfield City Group Managing Director, Raynuha Sinnathamby, will pose the question ‘How did the
advisers go?’
This question actually commands some lengthy qualitative and
quantitative analysis in almost every instance, since the role and actual
efficacy of advisers or ‘consultants’ is an important and sometimes vexed one.
Engaging an adviser without careful consideration of whether
the adviser has the skills, experience, understanding of the task, and of the
business of the company, as well as capacity to complete, can set both adviser
and business up for trouble. Clarity around the parameters is also important to
avoid extended engagements or unbudgeted costs.
Greater Springfield is Australia's largest master-planned city and community development project in single private ownership, with an
ultimate planned population of 105,000 by 2030. This $32 billion development recently
won the Urban Development Institute of Australia’s national award for best
master-planned development.
The very nature of the dynamic skills base needed to
complete the Greater Springfield city building project necessitates the use of advisers. This provides a good case study for the topic at hand.

A solicitor by profession, Raynuha has also served as Vice
President and President of the Queensland Division of the Property Council of
Australia and has served on the National Board of the Property Council of Australia. She currently serves on the Property Council Queensland Division Council and
Management Council.
While Raynuha’s keynote will examine the importance of getting
the right team in place before a project starts, the session from The Tax
Institute’s own Professor Robert (Bob) Deutsch, CTA will look at a potential, hypothetical future state – highlighting the importance of keeping an eye on the
horizon, planning today so you and your clients are ready for any eventuality.

On day two of the Retreat, Bob will present a session entitled ‘Ongoing
use of trusts after the next election’.

Recently, public debate over 'tax avoidance' has begun to
incorporate how trusts are being used. Last year saw much media attention paid
to Labor’s pronouncements regarding changes to trusts and, with an election due
sooner rather than later, advisers should consider the potential impacts of a
change in government and a change in policy.
Bob is the The Tax Institute's Senior Tax Counsel and also
recently served as a Deputy President of the Administrative Appeals Tribunal.
For over 20 years he was a Professor in Taxation Law at the University of New
South Wales, is experienced as a solicitor with a major national law firm, as
an independent barrister, and as a director with a major accounting firm.
Bob’s session will look at the facts behind the various stances
taken and what the various future states could mean for practitioners and their
clients. He will address the details of the ALP’s policy, comparing and
contrasting the official position of both the current government and Treasury,
while offering a fresh look at the non-tax attributes of trusts, such as estate
planning, asset protection, and flexibility.
Finally, what happens when you do need to go on the
defensive, and how can some pre-planning for this eventuality make the process
easier?
It's now five years since major changes were made to Part IVA,
including removing 'tax purposes' from a permissible counter-factual scenario.
Most advisers can spot flagrant breaches of Part IVA, but what about those arrangements
that sail closer to the line? Is Part IVA now too restrictive?

Following on from the plenary sessions, which will look at the Part
IVA issues facing SMEs and the areas attracting the commissioner’s attention, a
panel of anti-avoidance experts, including members of the General
Anti-Avoidance Review Panel, will discuss and debate the current state of play
and the future direction of anti-avoidance in Australia.

Facilitated by Steve Lutz CTA (Lutz & Associates), the
panel will comprises Cameron Blackwood CTA (Greenwoods & Herbert Smith
Freehills), Martin Jacobs (ATO), Fiona Knight CTA (ATO), and Professor Robert
Deutsch CTA (The Tax Institute).
A particular focus of the panel will be on what, if any,
further changes need to be made to Part IVA to improve certainty for taxpayers.
Now in its eighth year, the Private Business Tax Retreat
program has been designed to deliver the most up-to-date thinking on many of
the private client advisers’ most common tools in trade and to bring to light
emerging trends which may impact them.
Covering trusts, Div 7A, the small business restructure roll-over in practice, corporate and commercial issues, and offering ATO
perspectives, the purpose of the retreat is to not only deliver new thinking
around daily adviser issues, but also to provide practical take-outs for common
client circumstances, issues and objectives.
You can find out more on our website about these sessions and the rest of the
program.

Please join us on 31 May–1 June at the Palazzo Versace on
the Gold Coast.