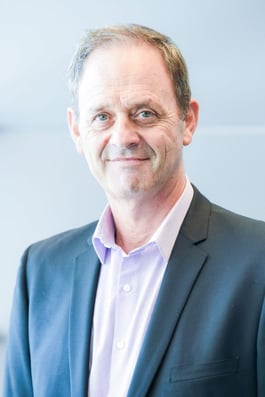 The Australian Taxation Office recently released a draft practical compliance guideline, PCG 2017/D4 dealing with taxation issues arising from cross-border related-party financing arrangements. This is a timely document, particularly in light of the recent decision of the Federal Court in Chevron where the ATO prevailed arguing that an interest rate of 9% charged by a US subsidiary to its Australian parent was excessive and should have been calculated on the basis of a 5% interest rate giving rise to a more modest deduction.

The guideline is essentially intended for internal use by the ATO but gives taxpayers the opportunity to effectively self-assess their level of risk.

The guideline will establish a risk framework made up of six risk zones. The risk zone depends on the score allocated to the particular financing arrangement in question. The relevant zones, ratings and scores are set out in Table 1.

Which zone a taxpayer sits in depends on the type and nature of financing arrangements which they have entered into during the course of the year. 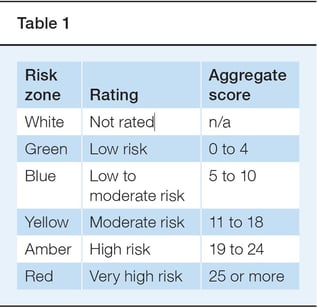 If a taxpayer is in the white zone, there will be no need to risk assess at all. This will only apply to taxpayers who have a related-party financing arrangement for the current year in respect of which there is an advance pricing agreement, a settlement agreement between the taxpayer and the ATO, a court decision, or the ATO has conducted a review of the entity’s related-party financing arrangement in the last three years and already provided the taxpayer with the risk rating.

Additionally, there must not have been a material change to the conditions of the related-party financing arrangement.

If the taxpayer is in the green zone and classified as low risk, the ATO will generally not apply any compliance resources other than to confirm certain facts and check the taxpayer’s eligibility. This will minimise the taxpayer’s compliance costs and provide some practical certainty in respect of the arrangement.

It is important to understand that being classified in the green zone does not waive the operation of the statutory test and does not constitute a safe harbour. Nonetheless, it does give some measure of security and the ATO is only likely to dedicate compliance resources beyond the factual checks referred to above in exceptional circumstances.

If a taxpayer is in the blue or yellow zone, the ATO will actively monitor the arrangements. Alternative dispute resolution (ADR) mechanisms might be effective in resolving areas of difference.

If the taxpayer is in the amber zone, reviews are likely to be commenced as a matter of priority and, again, ADR might be effective in resolving such areas of difference.

If the taxpayer is in the red zone, reviews are likely to be commenced as a matter of priority, with cases often proceeding to audit. In such cases, eligibility for access to the advance pricing agreement program will be denied and the ATO is likely at this stage to use formal powers of information-gathering.

Examples of yes/no questions are:

The guidance is extremely helpful and gives taxpayers a clear understanding of the issues that will be considered as a critical component when evaluating related-party borrowings.