How can we simplify the tax system? 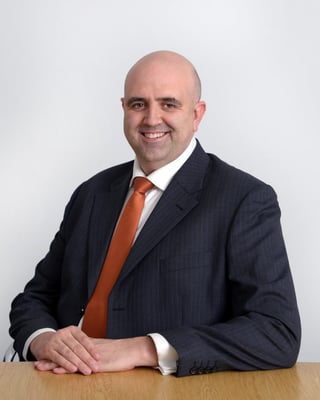 At the time of posting, we approach the 2017-18 federal Budget. As in many years past, The Tax Institute has been invited to make a formal submission to the Budget process. During February, I worked with our Tax Policy & Advocacy team and many Institute members to formalise our annual submission. I thank all those involved and I refer members to the Institute’s website for a full copy of that submission.

Our position on the tax system

The Tax Institute’s position is that government, and the administration generally, should use every possible opportunity to simplify Australia’s tax system. One important opportunity is the annual federal Budget process, an important part of Australia’s political, economic and social landscape.

In an ideal world, the tax system should be simple, efficient and transparent. It should promote willing compliance, although, as stated recently at the 2017 Financial Services Conference, the ATO doesn’t expect that compliance by taxpayers need be “too willing”. Our specific position on this point is that all taxpayers, including individuals and corporates, should pay their proper and fair share of tax.

As the Budget approaches, we are mindful that tax and tax issues belong to the revenue side of the equation and we note the public debate around potential changes to capital gains tax and negative gearing.

How can complexity be reduced?

The Tax Institute has used the opportunity of the annual federal Budget submission to again argue for a reduction in complexity — a simplification, if you will, of Australia’s tax system. In addition to advocating for increased resources to be made available to Treasury and the Office of Parliamentary Counsel, as part of a system-wide approach, we have argued that there is a need to:

We have also recommended that the government should revisit recommendations made by the Board of Taxation and the Tax Design Review Panel, with reference also to the New Zealand model.

A rewrite of the legislation?

We have also called for the completion of the tax legislation rewrite process, which has been some 20 years in the making. If, for example, the Income Tax Assessment Act 1936 is likened to Tax 1.0 and the Income Tax Assessment Act 1997 is Tax 2.0, is it now time to complete the comprehensive rewrite of both, creating Tax 3.0? There is a strong argument that complexity will be reduced by bringing together all of Australia’s tax law into a single statute, including the plethora of administrative provisions found in other legislation.

Naturally, there are arguments for and against this course of action. A complete rewrite could greatly improve the legislation and aid its implementation, but it is so voluminous and has become so complex, it is difficult to forecast whether any material improvement in simplicity would be achieved. One alternative argument is that the ATO should increase its use of practice statements as practical guides to the interpretation and application of the existing, complex, tax laws. These debates are being pursued at the policy level and our Tax Policy & Advocacy team is heavily involved.

On that note, we’re confident that the recent appointment of Professor Bob Deutsch (introduced to members at the 32nd National Convention in Adelaide) as Senior Tax Counsel will further enhance our position and credibility at the policy debate table.

Another crucial aspect of simplicity is the need for functional, reliable access to the administrator, namely, the ATO. While “digital by default” is the new normal, recent ATO system outages caused chaos and frustration for many of our members and their clients. It was pleasing to see, at the National Convention, that the Commissioner openly acknowledged, and apologised for, the difficulties that the outage caused to our members, clients and others.

During the outages, our Tax Policy & Advocacy team used its connections and resources to stay close to the problem, acting as a communications conduit between the ATO and our members. In this capacity, the team provided early, up-to-date information to members about the progress on rectifying the outages and related matters. The Institute has also pressed for further information about plans for increased stability and reliability through the CSG and NTLG forums.

We will continue to do so, as required, for the benefit of our members.

Your contribution to the debate

We encourage all members of The Tax Institute to contribute to the policy debate about simplifying the tax system in Australia. We welcome the variety of views that members share with us through TaxVine and other forums. Our members’ wide range of experience greatly assists and guides how we shape the positions we take in the ongoing policy debate.

* Matthew Pawson, CTA is President of The Tax Institute. This article first appeared in the April 2017 issue of the Institute's Taxation in Australia journal.