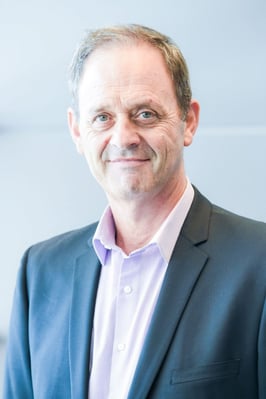 It’s now more important than ever that your clients get their tax debts under control so as to avoid an adverse credit report being made.

As from 1 July 2017, the government proposes to have legislation in place to allow the Australian Taxation Office to disclose to credit reporting bureaus (CRBs) tax debt information of businesses where those debts have been outstanding for more than a designated period of time and the taxpayer is not effectively engaging with the ATO in managing those debts.

Currently, the ATO does not provide such information to credit reporting agencies.

The rationale for allowing the ATO to disclose such debt information to CRBs is to:

Significantly, the legislation will preclude any such reporting if:

The measure will require some legislative amendments to allow the ATO to disclose information of this nature. Exactly how the legislative change will take shape and its interface with competing requirements such as confidentiality provisions are yet to be confirmed.

What if a mistake is made?

One of the main problem areas is, if the ATO makes an error in reporting a taxpayer, how that error will be corrected on a timely basis so as not to cause undue damage to the taxpayer.

This can arise in a variety of ways. One possibility is where a taxpayer is a company member of a group and a payment is allocated inadvertently to the wrong company account, leaving the other account in a position where the outstanding debt exceeds $10,000. In such circumstances, there could be a significant time lag in the ATO becoming aware of the error and the ATO advising the relevant CRB that an error has been made.

Anecdotal evidence suggests that having errors reversed by CRBs has not always been all that smooth or timely. There are real concerns as to the damage that might be done to taxpayers if the requisite reversal is significantly delayed.

The $10,000 threshold might invite some taxpayers to reduce their tax debts to $9,999 to ensure that no credit reporting occurs, effectively using the ATO as a bank for the $9,999 amount that can be left outstanding without triggering a reporting.

One would assume that the legislation might deal with the most egregious of such cases by providing some mechanism for the ATO to report if there is a persistent outstanding debt of an amount under $10,000. Exactly how this might be drafted to be effective is not clear.

What if a taxpayer has a debt right now?

Debts will only be reported to a CRB if the taxpayer remains disengaged. The message is clear — engage!

The ATO is likely to look favourably on reasonable payment plans where taxpayers have cash flow issues. Short of a formal payment plan, effective engagement should remove the CRB reporting threat.

If a taxpayer owes $16,000 and, even without a formal payment plan, discusses the debt with the ATO and makes a $1,000 payment in reduction of the outstanding amount, that may be viewed as effective engagement.

Will the taxpayer know about a report being sent to a CRB?

The ATO has indicated that it will notify a taxpayer before a tax debt is reported.

The period of notice is unclear but is likely to be reasonable — perhaps “if no progress is made within 30 days from the date hereof, the tax debt will be notified to the relevant CRBs”.

This is an important initiative which The Tax Institute broadly supports as it provides yet another mechanism for credit providers to assess the credit record of persons to whom they may be extending credit.

Mistakes, however, will be inevitable, and the great challenge will be to find a workable, practical solution where it can reverse mistakes on a timely and efficient basis without causing damage to the taxpayer.

* Professor Robert Deutsch, CTA is The Tax Institute's Senior Tax Counsel and Head of Education. This article first appeared in the April 2017 issue of the Institute's Taxation in Australia journal.