Tax and small business - there's work to be done 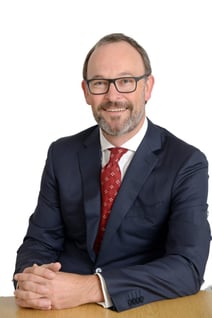 On 10 October in Canberra, the Australian Chamber of Commerce and Industry Business Leaders Summit featured a panel session on small business. It included input from the Minister for Revenue and Financial Services, the Hon. Kelly O’Dwyer, MP, and the Shadow Assistant Treasurer, the Hon. Dr Andrew Leigh, MP, who acknowledged that small business represents the engine room of the Australian economy and that the tax system has a significant impact on small business.

So where are we at with reforms to the tax system that support small business?

Two reports help to answer this:

The government’s discussion paper was issued in March 2015 and influenced the tax measures targeted at small business included in the last federal Budget.

The Board of Taxation’s 2014 review, although preceding the above report, highlighted the fact that a lot of work needed to be done in the area.

It explained that “small businesses are numerous, diverse and make an important contribution to the Australian economy”. They adopt “different legal and management structures, and may be driven by different preferences and profit motives than larger businesses”.

Small businesses are disproportionately burdened by a complex tax system, especially where “features of the system encourage them to adopt particular legal structures that are costly to establish and maintain”. While tax law provides concessions that may benefit small businesses, they “may add to the complexity and compliance burden”.

The Review of tax impediments facing small business was a report that the Board of Taxation submitted to the government in August 2014 and released in early 2015.

Many of the points made in the report are echoed in the Re:think tax discussion paper in terms of describing the importance of small businesses in the economy and the complexities of tax legislation and compliance matters.

A key recommendation was for a further, more detailed review of tax impediments facing small business.

Although the last two federal Budgets contained a few welcome measures to benefit small businesses (eg a reduction in the corporate tax rate and the changes to accelerated depreciation), it appears that comprehensive reform is not on the agenda.

The Board of Taxation review also suggested that small businesses face considerable compliance and complexity issues in terms of their administrative relationship with the ATO.

One positive step has been the timely development of ATO public guidance.

Previously, a delay would typically occur between the issuing of tax legislation and the corresponding ATO guidance.

Guidance material released at the same time the law is introduced is a great initiative — especially for small business advisers who can immediately see both the law and how the ATO will interpret it.

The Institute supports initiatives that may reduce red tape for businesses. We do, however, have concerns that implementing some digital initiatives, such as single touch payroll, will increase rather than decrease the compliance burden on small businesses.

The Institute argues that such initiatives should be optional for small businesses until the government clearly expresses the benefit to them.

The possible benefit of single touch payroll to small businesses will be tested in a pilot soon to be run by the ATO.

One issue that preoccupies small business tax advisers is the complexity of Div 7A of the Income Tax Assessment Act 1936 (Cth).

The last Budget included a measure to improve the administration of Div 7A that will come into effect at the beginning of the 2018-19 income year. We are yet to see the extent to which this measure will simplify processes for small businesses.

The Budget announcement of “targeted amendments to Division 7A” offers a glimmer of hope for some change, hopefully constructive, on these rules. We cannot be sure until the consultation process begins, as the announcement does not contain much detail.

So, back to the earlier suggestion — while there’s some progress, there is much more to be done.

* Noel Rowland is Chief Executive Officer of The Tax Institute.