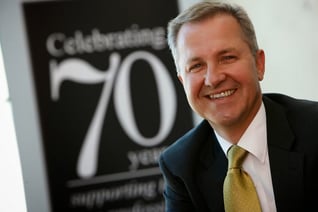 What were some of the highlights of your time as president of The Tax Institute?

Probably two things come to mind. One was a real desire to make sure that the CPD program was touching as many members as possible. There were particular parts that we thought weren't reaching all of the membership base, so a concerted effort made sure we had streaming of sessions, focusing on special topics such as corporates and SMEs, and so on, so that members can pick and choose what they need to get the most out of the programs.

Also, the beginning of what is now the CTA program. Back then, it was under a different banner but it was really trying to get the formal structured education program up and running. It started with my predecessor, and I guess with all projects, you’re just part of a continuum because the strategy is set jointly with all of the national board members working together so that it runs over a number of years.

By getting out and trying to engage more of the membership, we certainly made an effort to try and get more people involved and attending education events, be they the structured kind or CPD.

How has the Institute helped shaped the profession during your membership?

The longer I’ve been involved with The Tax Institute, the more I’ve noticed it going from strength to strength. It is an organisation that’s really driven by members for members and that’s why it’s been so successful. So the message is: continue to be involved and enjoy the benefits of your colleagues.