JobKeeper 2.1: further changes and what happens next 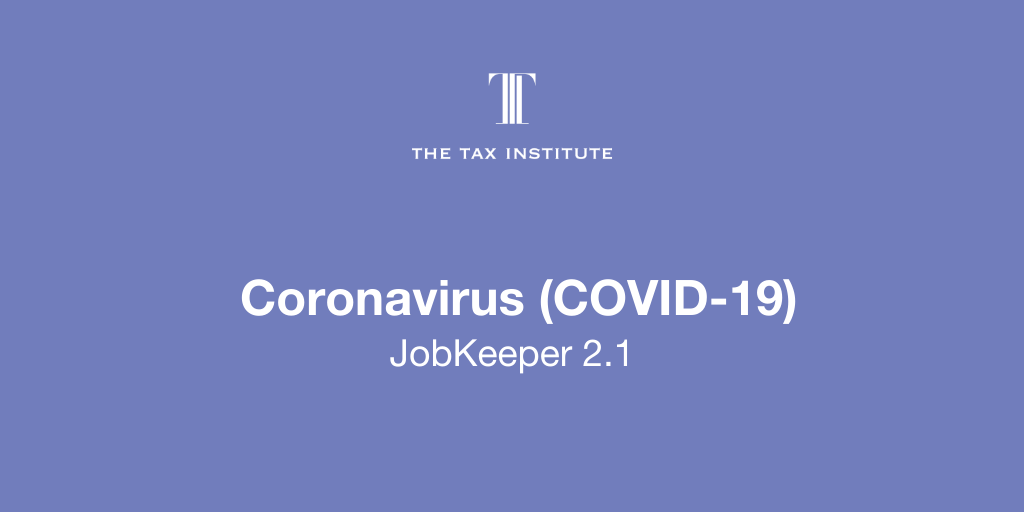 On 21 July 2020, in light of the continuing COVID-19 crisis, the Government announced it will extend the JobKeeper program by six months to 28 March 2021. However, the worsening economic conditions in Victoria due to the Stage 4 restrictions have caused the Government to rethink the eligibility conditions and make some further changes.

On 7 August 2020, the details of JobKeeper 2.1 were announced. This article discusses the announced changes to JobKeeper and what the redesigned rules mean for employers and employees beyond September.

The Government announced on 21 July 2020 that a modified JobKeeper program will continue for another six months beyond its legislated end date of 27 September 2020 until 28 March 2021. This follows a three-month review of JobKeeper which concluded that the case for extending JobKeeper beyond September is strong.

No changes will be made to the existing JobKeeper arrangements until 28 September 2020.


It is proposed that businesses will be required to demonstrate that their actual GST turnover has declined by the requisite percentage in consecutive quarters. This does not have regard for those businesses whose situations may have improved slightly in the June 2020 quarter but have deteriorated in the September or December quarters, such as those in Victoria that are subject to the Stage 4 restrictions.

Under the JobKeeper 2.1 changes announced on 7 August 2020, to be eligible for JobKeeper:

This is a sensible modification which will allow many Victorian businesses that did not suffer the requisite decline in their turnover in the June 2020 quarter but have since seen a significant deterioration in their revenue to now qualify for JobKeeper.

A further change will see the relevant date of employment move from 1 March 2020 to 1 July 2020 which will allow more employees to be eligible for JobKeeper. While this is welcome, there are two considerations:

The announcements by the Government on 21 July 2020 and 7 August 2020 need to be reflected in legislative amendments. The current JobKeeper legislation prevents payments being made by the Government beyond 31 December 2020 so an amending bill requiring a sitting of Parliament will be necessary, and is likely to be complemented by a legislative instrument issued by the Treasurer which will set out the details of the new rules. Further details will be available once the legislative amendments are released and updated ATO guidance is published.

The Government estimates that the total cost of the JobKeeper Payment until March 2021 will now be over $100 billion. JobKeeper 2.1 represents a further increase in the cost of the program by $15.6 billion.

Further information on JobKeeper 1.0 is available from the ATO website. Or, head to our dedicated COVID-19 economic stimulus hub for more on JobKeeper, the Cash Flow Boost and other important measures.