Where a tax career can take you: with Dr Julianne Jaques, Victorian Bar 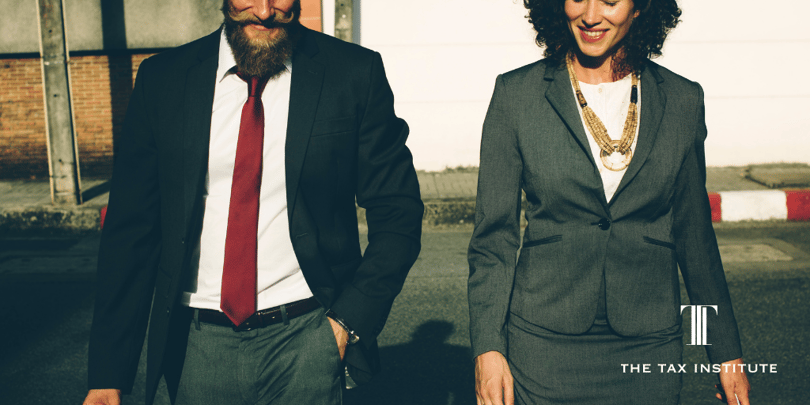 Tax touches everything. From academia, to government advisors, litigators, and regulators, a career in tax is a chance to become a specialist in your niche, but still have plenty of flexibility in choosing your future career path.

In a recent episode of our TaxVibe podcast, Dr Julianne Jacques, CTA, said, “Tax is absolutely all encompassing on a micro level and on a macro level.”

Julianne, currently a Senior Counsel at the Victorian Bar, has worn many hats throughout her long and distinguished career in tax. She understands the wide-ranging opportunities in the tax profession and the vast impact of practitioners in those roles.

“[Tax] permeates everything that we do in our society on an individual level and a collective level. And that's why it's so important and perceived that way by the government. That's why academics look into it. And that's why there are so many people needing practitioners such as us to help look after their tax affairs,” she told TaxVibe host and The Tax Institute’s Senior Advocate, Robyn Jacobson, CTA.

“Once you understand that background, tax will take you almost anywhere.”

Julianne spoke to us about her experiences in some of the high-flying areas of a tax career. Listen to what she had to say in the TaxVibe podcast, or check out key career goals to set your sights on below.

If you’re interested in modelling and studying the societal and economic impact of our tax system and leading the discussion around tax topics, academia might be the career path for you. While once seen as a niche topic, taxation is increasingly becoming a speciality within itself in the realm of academia.

“We have some superb academics in both economics and law faculties in Australia and now predominantly, I think in law faculties, working in taxation. Thought leaders in the area of taxation,” Juliane said.

As a matter of fact, at The Tax Institute’s 2020 Tax Adviser of the Year Awards, academic Donovan Castelyn, Curtin University, was awarded the title of Emerging Tax Star for his work as Co-Founder and Clinic Supervisor of the Curtin Tax Clinic, Australia’s first pro-bono tax clinic and the impetus for the National Tax Clinic Program.

Related read: 11 professional development goals to set – and meet – in 2021

From 1999 to the end of 2001, Julianne was Senior Tax Adviser to the then Assistant Treasurer, Senator Rod Kim, an experience she described as a, “marvellous opportunity.” During her time in this role, Julianne was part of history, as both GST and significant business tax reforms were introduced.

Although it was a little unusual at the time for practitioners from the private sector to be appointed such an advisory role, Julianne said that is becoming increasingly common. 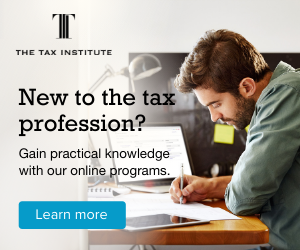 “I understand that it was an advisor of the Prime Minister who suggested it would be a good idea to get tax specialists from the private sector to be advisors in both the Treasurer's office and the Assistant Treasurer's office,” she mentioned.

She said others had followed the same path into government advisory, including one practitioner who had come from a large accounting firm to become Tax Advisor to Scott Morrison during his time as Treasurer, ultimately moving on to work at the Victorian Bar.

And while a career in tax may not get you all the way into a position as a politician, Julianne agreed that “… in politics, a background in tax can only help.”

If you’d like to be on the side of implementing tax policy and ensuring obligations are met by all, a regulatory role with the ATO can present a rewarding career path.

“If we didn't have an ATO, the government would collapse,” Julianne said.

On this side of things, you may also consider pursuing a role with one of the tax and accounting bodies, such as the Tax Practitioners Board or Board of Taxation – both of which Julianne currently serves as a board member for.

Corporate litigation … all the way to the High Court

The implementation of tax law can be complex and when disputes arise, litigators step in to mediate, arbitrate and resolve issues through the judicial system.

That’s a worthy goal in itself, but if you have your sights set on the High Court, we have good news. While in the past a corporate litigator who makes it to a High Court role might have a speciality in corporate or commercial law and dabble in tax as part of that, Julianne explained that in recent years, more tax specialists are taking up these roles.

In the past 20–30 years, she said, “specialization has become a much stronger thing than in the past … now there are subspecialties within practice at the Bar.”

Looking at the makeup of our High Court and the fact there are three High Court Judges who had “significant tax practices” when they were at the Bar – Michelle Gordon, Simon Steward and Jacky Gleeson – it’s clear a career in tax can take you right to the top.

Listen to the full podcast to hear more about Julianne’s roles at the TPB and the Board of Taxation, her journey through the CTA program and her all-star panel at The Tax Summit: Project Reform. 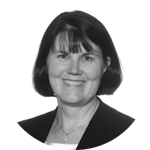 Dr Julianne Jaques is a barrister specialising in taxation law, having worked in the field for over 25 years, including the past 15 years at the Victorian Bar and 10 years in private practice with Freehills (now Herbert Smith Freehills) and PricewaterhouseCoopers. She also served as Senior Tax Adviser to the Federal Assistant Treasurer, is a chartered accountant and chartered tax adviser and holds a doctorate in law from the University of Melbourne. Julianne’s doctoral thesis was on the corporate cash flow tax. Julianne also serves on the Tax Practitioners Board, and the Board of Taxation.