Improve your quality sleep for a restful break this summer

We all need sleep. And while everyone’s needs are different, National Sleep Foundation guidelines suggest that most adults typically need anywhere from 7-9 hours a night.

The bad news? Statistics show that as many as 35% of adults don’t get even the minimum 7 hours they need per night.

It’s no surprise if that sounds familiar to you. After nearly two years of very stressful and uncertain times, getting a full 7-9 hours may be the last thing on your priority list. But it shouldn’t be. Sleep is vital for your health and wellbeing, performance and mood.

So this summer, take the chance to look after yourself and get back into the habit of good sleep. Not only will this set you up for a productive year at work in 2022, but more importantly, it will allow you to build up your wellbeing and protect your mood and mindset for your everyday life.

How important is sleep?

Harvard research suggests that sleep is regulated in much the same way and therefore as important a priority, as critical functions like eating, drinking, and breathing. It also suggests that a lack of enough good sleep can affect your mood, motivation, judgement and perception of events.

In the context of your day-to-day life, that means that missing out on sleep can make you feel pretty, well… bleh. It can also make you less pleasant to be around, as your mood and motivation dips, which is an important thing to keep in mind as you head off for a restful break with family and friends.

Bottom line: sleep is vital for wellbeing, memory, and attention. You pay better attention to the things you love when you’re well rested – and that includes hobbies, passions and the people around you.

What is ‘revenge bedtime procrastination’?

At our recent event, The Tax Summit, award-winning leadership strategist Shadé Zahrai, clued us into a damaging – but all too common – phenomenon called ‘revenge bedtime procrastination’.

In short, this is when you feel you don’t have control over your daytime life, because you’re busy, stressed, or buried under responsibilities, and so you compensate by staying up later and later. You might be scrolling social media, watching Netflix or doing basically anything else to avoid going to sleep. Why? So you can feel “a sense of personal freedom” and feel that you have time to do the things you want to do.

This is a habit common among high-performers, Shadé says, and one that can be tricky to break.

“Sleep is fundamentally, vitally important for overall wellbeing. Getting a couple of extra hours of sleep each night could be one of the single most powerful things you do for yourself and your wellbeing,” Shadé told Tax Summit delegates.

As part of her FOCUS model for peak performance, Shadé also shared with us three quick tips to getting better sleep. And no surprise, they involve getting away from devices and screens at bedtime.

Get more inspiration for going #OutOfOffice and having a real break this summer.

Shadé is an award-winning leadership strategist and one of Australia’s leading self mastery and peak performance educators. After a successful career in corporate, Shadé now runs a global leadership development, consulting and research firm with her husband, partnering with Fortune500s around the globe to boost engagement, elevate leadership and to empower professionals to thrive. To detail some of her achievements, of which there are many, she is a best-selling author, was named Adweek’s Career Content Creator of the Year, is a two-time Telstra Business Women Awards Finalist, a Harvard-trained coach, former member of the esteemed Forbes Coaches Council, host of CommBanks Leading Women Podcast and a 3x Australian latin dance champion. Shadé has featured on TED and TEDx and has 2.1 million followers on social media.

END_OF_DOCUMENT_TOKEN_TO_BE_REPLACED 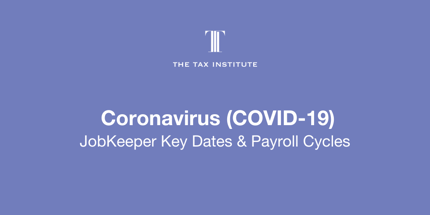