Recent Developments in the Tax Residence of Individuals, Companies and Trusts 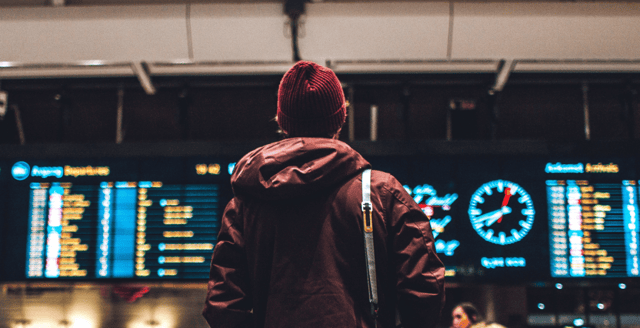 After the Board of Taxation’s Review of the Income Tax Residency Rules for Individuals was released in September 2018,
residency remains a linchpin in the modern day tax industry.
We spoke with Tax Barrister & Solicitor, Robert Gordon,
CTA, Pointon Partners , about his
session, Recent Developments in the Tax Residence of Individuals, Companies and Trusts which will focus on the Board of Taxation’s consultation guide,
legislative developments within residency and the flow-on consequences for the
residence of trusts.
Robert, a highly regarded consultant at Pointon Partners in Melbourne, has over 20 years’ experience at the New South Wales and Victorian Bars and was an accountant with the Big Four firms in both Sydney and Melbourne.

When we spoke to Robert, we asked what these proposed changes mean for practitioners and what he believes are the blind spots in relation to individuals, companies and trusts?

Robert explained, for individuals, ‘there is a wide-spread myth that leaving Australia for as short a period as two years, will necessarily suffice for an individual to become a non-resident for tax purposes. This has probably arisen due to para 25 of IT 2650 which actually only says that an absence of 2 years “would generally be regarded by this Office as a substantial period for the purpose of a taxpayer’s stay in another country”. However, since that ruling issued in 1991, the substantive limitation of the s23AG exemption for foreign source employment income in 2009 has resulted in many more individuals claiming they are not residents, resulting in many cases, in which only a limited number of taxpayers have been successful’.

Robert continued that for companies, ‘while it may not have been appreciated by non-specialists that the ATO has increased its focus on testing whether foreign incorporated companies, particularly those owned by Australians, are actually tax residents of Australia, following the Bywater case, the withdrawal of TR 2004/15 and its replacement with TR 2018/5. This tread started in the UK in the mid-1990s, which should have been a wake-up call to Australians’.
Regarding trusts, Robert warned, ‘Like with foreign companies owned by Australian residents, there may not have been enough attention paid to the possibility that a trust will all non-resident trustees, may still be a resident due to the central management and control of the trust being with someone in Australia’.
When asked what delegates would take away from his session, Robert explained, ‘It is a lot harder to become a non-resident individual, then many non-specialist practitioners appreciate’.
Robert continued, ‘the ATO has reversed its interpretation in TR 2018/5 from TR 2004/15, that the test of residence for foreign incorporated companies is no longer that the central management and control be in Australia and that the company carries on business in Australia. Rather, TR 2018/5 specifies a one-tier test, that the company simply have its central management & control in Australia’.

Robert warned, ‘This will cause considerable risk for Australian owned multinationals, particularly private groups’. Following this, Robert will also discuss, ‘The fact that the trustees of a trust are all non-resident of Australia won’t give assurance that the trust in a non-resident, if there is a principal in Australia that constitutes the trust’s central management and control, on the same principles as set out for companies in the Bywater case’.

Robert, an avid rower, will be presenting his session,
Recent Developments in the Tax Residence of Individuals, Companies and Trusts
at the April Breakfast Clubs in Melbourne and Geelong on Wednesday 17 April at
Rydges Geelong and Thursday 18 April at Leonda by the Yarra, Hawthorn.
Who better to help navigate you through the troubling waters
of tax residency?