In this article from the August issue of Taxation in Australia, excerpted here, Daniel Butler, CTA, argues that the rules related to superannuation should encourage long-term savings rather than being a mechanism for governments to extract further tax revenue to balance their annual expenditure needs.

Daniel is one of Australia’s leading SMSF lawyers, and one of the presenters at the upcoming Super Day in Melbourne, part of the 2019 National Superannuation Series, taking place around the country in March. 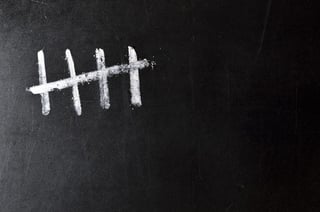 In the article, Daniel points out that we have recently experienced substantial superannuation changes during the period of 1 July 2017 to 30 June 2018, and as such, a brief “stocktake” of the changes introduced by the current Coalition Government is provided.

He points out that a number of these policies were adverse to many members of the Institute.

Former Prime Minister Malcolm Turnbull has said that the next federal election is to be held in 2019. As Labor may be elected, a brief “stocktake” of the key Labor Government proposals that will impact superannuation is also provided in the article.

Despite the superannuation system being a long-term savings system, Daniel argues that the Coalition Government has introduced ongoing unpredictability and costly changes. Indeed, many members’ superannuation savings are stuck in the system (“preserved”) for the long-term — typically, until a member attains 60 years and retires. Members make their contributions and retain their investments in the superannuation system on the basis that the rules which applied when they put their money in will be the rules which apply when the time comes to take their money out. Any proposed adverse changes should therefore be accompanied by appropriate “grandfathering” provisions.

Members are at the mercy of government policy. Proposals that may not have even been notified to the electorate, such as the numerous adverse measures introduced by the Coalition Government’s surprise announcement in the May 2016 federal Budget, followed repeated promises by the current Coalition Government that there would be no adverse change without prior consultation.

Not surprisingly, many members have lost confidence in the superannuation system due to the growing uncertainty and significantly reduced tax concessions that previously applied.

Superannuation requires certainty and rules which remain stable. The rules should encourage long-term savings rather than being a mechanism for governments to extract further tax revenue to balance their annual expenditure needs.

In the full article, Daniel looks at the Coalition Government’s recent adverse changes, and changes introduced from 1 July 2017, including:

Daniel then covers Labor’s proposed changes, including franking credit refunds, lowering the NCC cap to $75,000per financial year, the Division 293 threshold, and other proposals 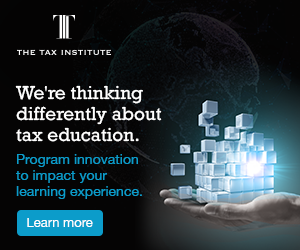 The article concludes that Australian politicians should not use superannuation as a short-term play. They must respect the long-term integrity of our financial system that plays a vital role in Australia’s financial success and stability.

Ongoing and unpredictable changes to the superannuation rules have a long-term adverse impact and many will adjust their retirement income plans accordingly. Greater stability and certainty is required to ensure that trust in the system can be restored and politicians should make long-term commitments to ensure Australia continues to benefit from a viable long-term and successful superannuation system.

Daniel Butler, CTA, is one of Australia’s leading SMSF lawyers and has worked predominantly in the SMSF, tax and related fields for over 30 years. He is a regular presenter on SMSF topics and has published extensively in professional journals including contributing a monthly article on superannuation to Taxation in Australia.


Written by practitioners for practitioners, Taxation in Australia is continually ranked as Australia's leading tax journal. Published 11 times per year and available exclusively to members, this comprehensive publication features articles with a strong, practical approach to the latest tax issues and professional development.

Members, you can access the latest articles online here. Not a member? Find out more about the benefits membership of The Tax Institute can deliver for your role.

Join us in 2019 for the new National Superannuation Series. Hear the latest on issues including estate planning, contributions,
pensions, and more from a host of expert local and interstate speakers.
Our new, national approach to this increasingly important
area delivers the localised focus this complex area requires. Find out more.