US tax reform and issues for large Australian investors

The US tax reforms of December 2017 had a number of impacts for Australian superannuation funds investing into the US. The reforms affected existing investment structures and will also affect the assessment and structuring of future opportunities.

At August’s National Superannuation Conference, Michael Doolan (EY Americas Infrastructure Tax Leader) presents the session ‘US Tax Reform and Issues for Large Australian Investors’. He tells us about some of the issues here.

Michael said “I will be focusing on the impact of US tax reform on investment by Australian institutional investors in alternative asset classes in the United States, such as infrastructure and real estate. 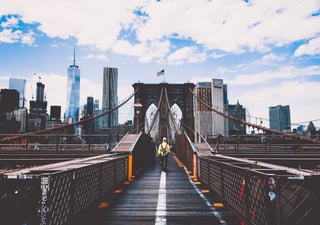 The scale and speed of implementation of the US tax reform legislation has contributed to the need for clarification or technical corrections to a number of the key measures, including the new rules governing the deductibility of interest. My presentation will include a focus on such issues.”

Michael’s session will cover what has changed, and what remains the same, and highlight the actions that funds can take now to maximise opportunities or mitigate risks and uncertainties from the reforms.

“It’s not wise to seek to intuit the impact of US tax reform on existing or new investments without detailed modelling of tax assumptions, as the changes are complex and very extensive. Delegates will gain an appreciation for the extent of the US tax reform package and for the key issues which impact investment into the US by Australian institutional investors.”

Of the mood amongst US advisers, Michael said “We are all very busy! The US economy is very healthy, M&A and investment activity is strong and US tax reform has provided a stimulus. US tax advisers are eagerly awaiting additional guidance by way of Treasury regulations or technical corrections. I’ll be providing an update on any regulatory guidance or technical corrections which are released over the US summer recess.”

Education:
Advanced Superannuation has been developed by experienced tax experts to provide an academically rigorous, yet thoroughly practical, working knowledge of super.
Michael said “My career has involved many flights across the Pacific. Originally a tax partner specializing in Australian tax based in Sydney, I am now a US tax partner with EY in New York. I have benefited tremendously from my prior role as the head of tax and structuring for the MIRA business in the Americas. Australian investment into the United States has always been a cornerstone of my practice, and my aim in this session is to offer the benefit of my experience and to highlight the key issues arising from last year’s unprecedented US tax reform legislation.”

Earlier in his career, Michael was a partner specializing in Australian tax at another Big Four firm and an active member of The Tax Institute. Michael’s principal focus is on the US tax aspects of fund formation, acquisitions and divestitures, principally in the infrastructure sector. Michael has accounting, law and masters of law degrees from the University of Sydney.

Michael’s session is one of six dedicated sessions from the Conference’s large funds stream. Other sessions in this stream look at Australian tax issues with investing in limited partnerships and other foreign structures, ATO issues for large funds, the transition from accumulation to pension, domestic investment issues, indirect taxes, and more.

Find out more about these sessions and the rest of the program on our website.