You operate as a professional in your own field.
You operate as sole principal with a small staff of
administrative and clerical employees, including a couple who are able to do
bookkeeping. 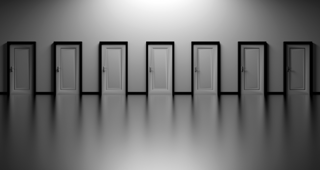 Some time ago you struck up conversation with a senior
employee at a nearby retirement village, Ms Retirement.
One Sunday afternoon you receive a call from Ms
Retirement.   She tells you the following:
Ms Retirement asks you to meet her and her husband (a
Justice of the Peace) at Mr Elder’s bedside, at 4.30 pm.   (An operating theatre is only available at
about 10 pm that night, but the case is regarded as urgent nevertheless.)
First, are you
obliged to go?

You do meet Mr Elder, in the presence of the other two, and
discuss his wishes.

You strike up an immediate friendship.   He is a decent chap with similar interests to
you, and it turns out that you know several people from his circles of
acquaintance on the Gold Coast.

He volunteers that he would like you to be named as executor and as attorney, and produces the draft documents.


Is acting either as
an executor or as an attorney consistent with your professional practice?

What is your
insurance position?

What body of ethical
rules and guidelines applies?

You take the draft documents from him and read them.

They have been carefully drafted by the previous
solicitor.   Each has a charging clause,
entitling charges to be made by the executor and by the attorney, respectively,
at the rates usually charged by the executor or attorney, from time to time,
for professional services in that person’s professional practice.   The charging clauses contemplate commission based
on asset value and income, in addition.
Mr Elder says that he has carefully discussed the two
documents with his previous solicitor.
He considers that they are suitable subject only to inserting your name
in them.

Do you raise with Mr
Elder the existence of the clauses?

What other steps
should you or could you take at this point concerning securing remuneration?
The documents are duly signed and witnessed.

He has had an adverse reaction to the anaesthetic.  It is a known risk with all general
anaesthetics. The anaesthetist, through years of experience, is
nevertheless is able to save Mr Elder’s life.
Over the coming weeks it emerges that Mr Elder has suffered
some brain injury, and will have trouble managing his own affairs.   The views of both the gerontologist and
psychiatrist are that Mr Elder is well able to attend to day to day activities,
such as buying a packet of cigarettes, managing simple personal matters such as
what to wear and dressing himself, but will need considerable assistance in
anything slightly more complex.

Further, the consultant oncologist says that Mr Elder has a
need, now, for high care on discharge from hospital.   The three specialists agree that Mr Elder
cannot safely return to his retirement village, given his needs.

Ms Retirement calls you and says that the owners of the
retirement village have activated a provision under their contract with Mr
Elder, terminating his right to stay at the retirement village.
You have been busy
over the last few weeks, and have had trouble keeping up with Mr Elder’s
medical ups and downs.  What do you do
first?

The Enduring Power of Attorney covers personal matters as
well as financial matters.

Housing can only be obtained once you source financial
resources.
You begin to gain access to, and review, Mr Elder’s
financial affairs.   In short, he is a
wealthy man on paper, but his investments are locked up in minority
shareholdings in companies, where over a period of time he sold down his
shareholdings to promising local managers.
There is no simple way of gaining access to cash from those
sources.

The retirement village anticipates a very substantial refund
to Mr Elder on his exit.
But his exit can really only occur on Mr Elder finding
suitable placement in a nursing home.
The complexities of
gaining a place in a nursing home, putting up a bond, and managing social
security and private superannuation are (presumed for this exercise) outside
your usual field of practice.

This is truly a complex area where specialist financial
planning advice is often engaged.

You have an offer for Mr Elder’s unit at the retirement
village.   There is pressure from the
rehabilitation ward at the hospital for him to be housed.
Do you ring up the
financial planner?

How will you pay the
financial planner?

There will be
paperwork from both the sale and the placement of Mr Elder.  Can you or should you engage a solicitor to
review the contracts?

The financial planner is a genius and works out a way of
coming up with any necessary bond.
She also has a friend who enables to quick placement in an
aged care facility.
Unfortunately, there is a deal of paperwork that must now be
signed.

The paperwork is generally signed by a close relative of the
person entering the aged care facility.

Because the documents purport to require guarantees, the
nieces and nephews in Western Australia are reluctant to sign anything.   Their respective financial positions are
precarious, and their family has had troubles with guarantees in the past.

Do you sign any other
contract with the aged care facility concerning Mr Elder’s care?

If so, in what
capacity?

It is now about 12 weeks since Mr Elder had the fateful
operation.

He has been in the aged care facility for less than a
week.

His health deteriorates rapidly and unfortunately he
dies.

You are left as executor, and spend four solid weeks
attempting to wrap up Mr Elder’s affairs.


You actually achieve an outstanding outcome for the nieces
and nephews, in that you negotiate favourable exit from the minority
shareholdings in the various companies, which formed the bulk of Mr Elder’s
wealth.

You engage an outside lawyer to do some of the specialist drafting
and work associated with those transactions, and pay those fees, approximately
$35,000, from your own pocket.
You get to the end of the financial quarter.

Your firm uses an external tax agent, as a good discipline
rather than relying entirely on your own skills in your own business.   Your tax agent, Ms Accountant, rings you and
asks you why your billings are so significantly down for the last two
quarters.

On review, you find that you have spent about six weeks
working on nothing other than Mr Elder’s affairs.

You have not attempted to render any fee note, as matters
progressed so quickly from the start.

And you note that one of your clerical staff, who has some
bookkeeping skills, seems to have spent about half her time over that period
from the initial meeting at the hospital doing nothing other than Mr Elder’s
affairs.   This included everything from
settling outstanding accounts with chemists, through lengthy discussions with
banks and financial institutions so as to gain access to financial information
and gain control of accounts when necessary.


Do you now render
accounts?  On what basis?  Did you issue a retainer letter?  If so, to whom?

Now, you discover that Mr Elder actually has substantial,
further wealth in a discretionary trust (the Elder Trust).   The deed named Mr Elder as appointor.   The successor appointer clause provides that
the executor of Mr Elder takes his place on Mr Elder’s death.
The trustee is a sole member, sole director company, and Mr
Elder held both roles.

Under the Will, the sole share passes to the niece and
nephew jointly, which is unwieldy.

As they are now in dispute with each other (over unrelated
business matters in WA), the trustee company seems unsuitable.
Do you replace the
trustee?  Do you “try to do the right
thing” by appointing yourself as trustee?


The clause in the
trust deed reads:

“The trustee may make
the usual professional charges.”

Can you act to
appoint yourself as trustee?

What can you charge
to the trust fund, for your efforts as trustee?
At the 2018 Death... and Taxes Symposium, David W Marks QC
will explore this scenario in his keynote address ‘Practical legal ethics for
the adviser’.
All advisers are potentially faced with issues of conflict
and potential liabilities when taking on roles, such as executor, thinking that
they are assisting their clients.
In what will be an eye-opening start to the Symposium, David’s
keynote address will highlight the risks for all advisers, be they accountants,
lawyers or otherwise.
David will look at the issues in acting as an attorney, executor,
trustee, or appointor, and the ethical pitfalls and best practice when asked to
assume such roles.
The session also covers issues around guarding against
adviser liability, taking instructions and gaining meaningful consent, managing
conflicts between spouses/family members, and potential conflicts between
adviser and client.
David W Marks, QC, CTA, is a commercial Silk at the
Queensland Bar practising principally in tax. He has a broader practice in
commercial litigation, trusts and estates, and administrative law. He
contributes to the life of the profession through his committee work for The
Tax Institute and other professional bodies. He is a Chartered Tax Adviser and
a registered Trust and Estates Practitioner. He received The Tax Institute’s
Meritorious Service Award in 2013.
Find out more about David’s session and the rest of the program
on our website. Join us for the 2018 Death... and Taxes Symposium, 19-20 July
2018, on the Gold Coast.