2013 seems like a lifetime ago. In this pre-Trump,
pre-Brexit world, then UK Prime Minister David Cameron’s made his famous “Wake
up and smell the coffee” speech at Davos, putting tax avoidance by multinationals firmly in the spotlight.

Since then, the taxation implications of cross-border
transactions and the complexity associated with operating within a
multinational group have evolved at a breakneck pace. 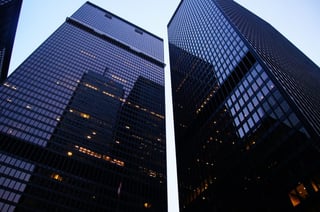 Australia has been at the forefront of the developing base
erosion and profit shifting (BEPS) debate ever since, with multiple new pieces
of tax legislation being introduced each year.
As the new legislation begins to take effect and tax returns
start being lodged on the new basis, now is an opportune time to reflect.
At the 51st Western Australia State Convention in August,
Matthew Popham, CTA, KPMG will did just that in his session, ‘The Post-BEPS world
– lessons learned’. Matthew tells us about some of the issues in this post.
Matthew said “The various BEPS initiatives that have been
implemented over the years have been translated into practices that actually
impact Australian businesses. Looking at these practices and how the ATO are
seeking to implement new initiatives can be used, together with what is
happening around the world, to help us predict what will come in the future.”
Looking at how the ATO is implementing the new rules, Matthew’s
session will attempt to uncover the common emerging themes.
“To date, the BEPS focus has been on the technical aspects
of the measures but we are now able to focus on the day-to-day realities. I’m
hoping to deliver some insights into practically what this will mean for
advisers and their impacted clients.”
Asked about some of the blind spots in this area, Matthew
said “Some of the main areas surround the ATO’s attitude to multinational
groups and how they will use the new pieces of tax legislation at their
disposal. For Australian based tax practitioners, it is also very difficult to
keep up with what is happening in other countries around the world, but this is
key as this increasingly will have an impact in Australia.”

“Finally, my session touches on the new BEPS related tax
legislation, such as the anti-hybrid rules as well as the recent PCG’s issued
by the ATO on related topics such as marketing hubs and debt financing.”