The integrity of our tax system 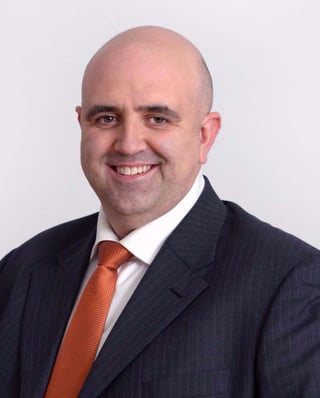 There would scarcely be a single taxpayer in Australia, much less any member of our organisation, who has not watched the unfolding of the alleged $165m tax fraud event during May and June with a sense of grave concern, if not almost incredulous disbelief. That any person, or group, could conceive and execute a scheme of that magnitude for, apparently, personally benefit and self-gratification in this comparatively small jurisdiction is breathtaking to say the least.

Of course, the matter remains under investigation with charges laid and pending. The facts of the matter are not all in the public domain, nor am I privy to them. Therefore, it is inappropriate for me to make any comment about the particulars of the case or any of the allegations connected to it, or to venture opinions about the male fides or otherwise of persons alleged to be involved. I will also avoid any speculation about the possible or probable outcomes. I merely cite the existence of these circumstances by way of introduction to the theme of this month’s column.

With all of this coming on the back of the ATO system outages in December and February, the planned shutdown in April, and further access degradation issues in late May and June, it is fair to say that it has not been a great year for the ATO. Perhaps not unreasonably, many commentators have questioned the integrity of our tax system and that has undoubtedly increased attention on the current tax administrators. Certainly without any intention of being critical of individuals, I submit that this is not a bad thing. Surely it is healthy for the blowtorch to be applied periodically, if for no other reason than to prevent any sense of complacency or ill-founded security from arising.

I am, of course, not suggesting that there is any great or fundamental flaw in our tax system — far from it, in fact. By comparison, at a recent dinner in Adelaide, Commissioner Jordan himself regaled us with war stories of the experiences of his counterparts in other jurisdictions, which made the Australian tax system look robust indeed. From what has been made public of the fraud matter, what these events have shown is that the “system” was effective in detecting and exposing inappropriate conduct in relation to that matter. In my view, that has to be a good thing, from which the administrators should take a degree of confidence.

Nevertheless, the events of the past few months demonstrate that we can never rest on our laurels in advocating for and protecting the integrity of the tax system in this jurisdiction — from the threats of both internal system failure and external abuses. I am also mindful of the comments of my counterpart in the United Kingdom, Mr John Preston, at our recent National Convention where he referred to the new Professional Conduct Rules in the UK as being primarily aimed at moderating the conduct of the tax adviser, rather than penalising the mens rea of the taxpayer. The onus is on us, as members of this great profession and particularly for CTA members of this organisation, to ensure that we, and our clients, are doing the right thing by our tax system.

It has always been a core tenet of The Tax Institute to advocate, promote and facilitate a tax system that is simple, equitable and transparent. The Tax Institute remains at the forefront of pressing the government and the tax administration to continually take positive action toward protecting and preserving the integrity and reputation of our tax system. Over many years, the institute has built a strong, credible voice, agitating for change and advocating for better tax policy, better systems and better administration.

Our participation in the ATO’s National Tax Liaison Group and other similar forums provide valuable opportunities to advance the interests of all taxpayers in pursuit of our stated objectives. We have and will continue to pursue appropriate disclosure and hold the administrators to account in these environments to the extent that we are able to do so. We will also continue to advocate for our members’ interests, seeking particularly to ensure that no member is adversely affected by the flow-through consequences of recent ATO system outages and degradations.

Finally, the past few months has also seen a noticeable rise in terrorism events around the world, which included at least one significant cyber-terrorism event that affected organisations globally. All of the events and circumstances I have referred to serve as a timely reminder that no system is completely infallible. It is an appropriate opportunity to urge all members to ensure that your own house is in order.

* Matthew Pawson is the President of The Tax Institute. This article first appeared in the July issue of the Institute's member-only Taxation in Australia journal.