The rise of a tax star 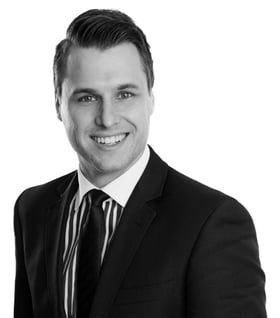 In 2014, The Tax Institute’s Tax Adviser of the Year Awards recognised Matthew Andruchowycz as the Emerging Tax Star for that year.

At the time, Matthew was a Senior Associate at Wallmans Lawyers in Adelaide. According to the judges, he demonstrated an ability to work on complex matters at a level significantly beyond the level expected of a tax professional with fewer than five years’ experience.

Fast forward to today and Matthew is already an accomplished senior tax professional. As a Principal at DMAW Lawyers, he works with accountants, financial planners, bankers, business owners and high net worth individuals on a range of intricate taxation and superannuation matters.

He is also a sought-after tax author and speaker, and has been included in both the Australian Financial Review’s “Best Lawyers” list and Doyles Guide to the Australian legal profession as a leading tax lawyer.

Choosing tax as a career

The Tax Institute asked Matthew about the factors that initially led him to pursue a career in tax. He told us he had always been a “numbers person” and that, as a young member of Wallmans’ general commercial team, he had been fascinated by the work and attitude of the specialist tax lawyers.

“I thought they were impressive,” he said. “They just seemed very focused, hard-working and busy. They stayed a bit longer after hours. They always seemed to be flat-out, walking around the office a bit faster than everyone else.

“I was interested and wanted to get in on the action, even though at that time I didn’t fully appreciate what tax law actually was.”

The attractions and challenges of tax law

Matthew began working in tax in 2009 and moved to DMAW in July 2015. So far, he has enjoyed every day of his career.

“I think it’s what I was meant to do,” he said, “in the sense that I’m naturally inclined towards the more technical, numbers-based, analytical type of law.

“There’s also scope for hard work, which I enjoy. It’s a bigger, more complex area of the law than most others. So there’s an opportunity to distinguish yourself.”

Winning The Tax Institute’s Emerging Tax Star award in 2014 was an enjoyable experience for Matthew. In fact, he still considers it one of his career highlights.

“I received amazing encouragement on the night of the presentation and afterwards,” he said.

“I was completely surprised when they announced I was the winner. I had spoken with the other finalists and dismissed the idea that I could win, because they were from serious firms in Melbourne and Sydney and seemed so switched-on.

“Receiving the award made me feel very positive about my chosen career and the idea that I would likely choose to keep doing it for 30 more years.”

The award has also helped to boost Matthew’s professional reputation over the two and a half years since.

“A couple of times I’ve overheard business referrers talking to their clients about the award,” he said.

“I’ve actually heard them say ‘That's Matt, he won The Tax Institute’s Emerging Tax Star Award’. They’re using it as part of their sales pitch on my behalf. It’s happened a few times.”

Matthew doesn’t hesitate to recommend tax as worthwhile career choice for someone who has the right qualities.

“I love my work,” he said. “For me, tax law is a brilliant profession because it’s so challenging. If you’re the kind of person who enjoys work, wants to excel in a particular area, and likes taking on the hard tasks that other people are often not willing to do, tax can be rewarding.

“It requires many different disciplines and skills — including technical, creative, communication and investigative skills — and I couldn’t recommend it more highly.

“The only caveat is that, to get the most out of it, you have to love it and you’ll probably have to work at least 10% harder than the next person.”

Winners of the 2017 Tax Adviser of the Year Awards will be announced at the 32nd National Convention in Adelaide on 16 March 2017. Find out more about the awards at taxinstitute.com.au/leadership/tax-adviser-of-the-year-awards.