Tax, technology and the potential for reform 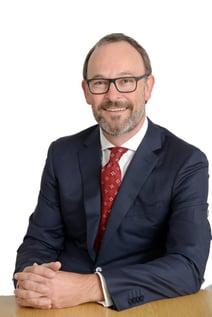 A series of recent events touched on issues relating to technological change and tax reform.

A few weeks ago, The Tax Institute convened the second meeting of its technology steering group.

The group was established this year to explore the impacts of technological change on businesses, the tax profession and The Tax Institute.
A specific focus is emerging trends, such as digital disruption and artificial intelligence, and their likely impact on members of the tax profession.
At this point, the group is asking questions and raising issues rather than forming definitive conclusions. For example, what will the tax professional of the future look like? How can the institute leverage technology to provide higher quality, more efficient services to members?
We’re also reviewing research developed by the Australian Taxation Office, accounting firms and others.
No tax professional today can ignore the fast pace of change. In fact, smart technology exists that, while not capable of replacing a tax adviser, may conceivably replace some of a tax adviser’s basic work.
In some countries, such as Brazil, the central revenue agency can already carry out immediate, 'real-time' calculations of an entity’s tax position.
It’s time to review the likely role of the tax professional in the next five years, 20 years and beyond.

Tax and Formula 1 – the parallels

Technological change was also a topic addressed by Richard Hopkins at recent events hosted by The Tax Institute.
Richard is the former head of operations with the Red Bull Formula 1 team.
He spoke about the massive changes (particularly regulatory and technological) facing the F1 industry. While his main focus was car racing, his comments were easily translated to challenges experienced by the tax profession.
For example, Richard explained how each year Formula 1’s governing body, the FIA, announces new regulations and specifications, often to address issues relating to specific technological advances impacting safety. It was fascinating listening to Richard talk about the F1 team’s responses to the new regulations.
In our environment, the practitioners’ creative response to regulatory amendments can be a source of innovation while always staying, of course, within the rules.

I was interested to hear reports of the former Treasurer, the Hon. Peter Costello, speaking at a Menzies Research Centre event on 9 September about the appetite and conditions for tax reform.
Mr Costello addressed issues such as economic reform and budget repair. He suggested that the absence of a budget surplus diminishes opportunities for major tax reform.
The tax profession can, therefore, rightly ask — where to now for tax reform? Is it possible in the near future? Impossible? Or are we restricted to incremental change?
The existing tax system is, of course, unwieldy and too convoluted. It cannot effectively address issues such as mobility of capital and labour and the growth of digital services. It also fails to take into account the complexity of the international tax environment.
In the political arena, however, the enthusiasm for reform appears to have waned on both sides of the ideological divide. It’s been put in the too hard basket.

A meeting of our region’s tax institutes

The 2016 meeting of the Asia Oceania Tax Consultants Association (AOTCA) was held on 5 to 8 October in Hong Kong.
AOTCA was founded in 1992 and includes 20 organisations that represent tax professionals from 16 countries in the Asian/Oceania region.
At the meeting, participants discussed regional tax issues and trends. An associated international tax conference focused on the theme: 'Post-BEPS, opportunities and challenges'.
The meeting was interesting and worthwhile, primarily due to the potential for a coordinated response to multinational corporations’ tax avoidance measures – an issue that no country can address effectively on its own.
The revenue authorities in the region are working more closely together than ever before. The tax institutes need to do the same to stay abreast of, and influence, regulatory change.
_______________________
* Noel Rowland is Chief Executive Officer of The Tax Institute.