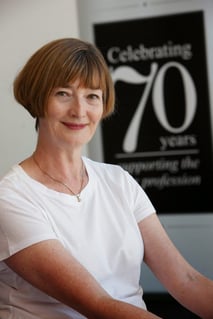 How long have you been a member of the Institute?

I became a member of The Tax Institute in 1993.

What are some of the highlights of your time as a member?

The first national conference I attended in Queensland in 1993. I was absolutely amazed at the quality of the presentations, how friendly everyone was and, as a small practitioner, the access I had to information and help if I needed it. Then being appointed by the Institute as a tax practitioner member on the practitioner’s forum — during that three-year appointment I learned a lot and was happy to be able to say that I could make a change or I could voice when something was wrong on behalf of small practitioners.

How has the Institute helped shaped the profession during your membership?

I think the Institute has done an enormous amount to shape the profession and to shape members because it’s a lobby group. Often you believe you have a right to say that something is wrong with tax legislation, or it’s a great idea but it doesn't work at a practical level, and to be able to be a practitioner and say I have a voice, I have someone listening to me and I have someone that’s prepared to lobby on my behalf is a vital part of the whole legislation and how it should operate.

Continue to maintain the high level that it does and to keep the job at that level and not lower its standards or compromise.